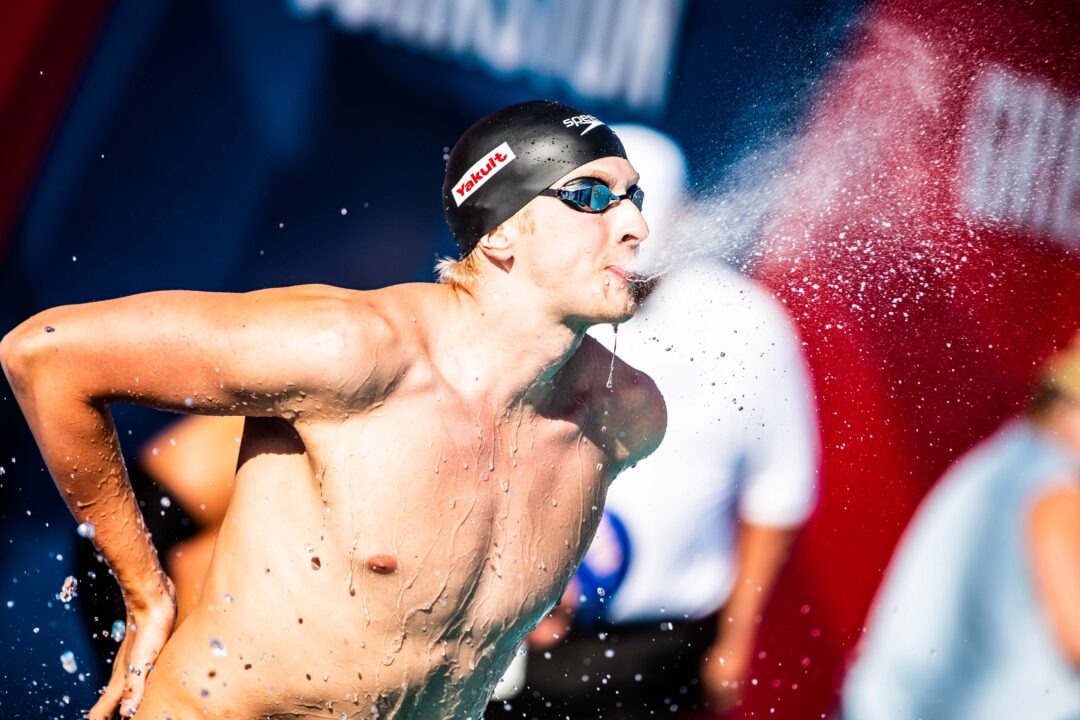 After picking up two silver medals in the 400 freestyle in Berlin and Toronto, Kieran Smith claimed his first World Cup victory in Indianapolis. He did so in record-setting fashion, ripping 3:35.99 for a new U.S. Open record. The 22-year-old, who’s in his first yeas as a pro, was dominant in the final. He led the entire race, maintaining his lead against swimmers like Jake Magahey and Matt Sates who are known for their back-halves. Ultimately, he won the race by 1.51 seconds ahead of second-place Danas Rapsys.

The previous U.S Open Record stood at 3:38.84, which Elijah Winnington set at the Lewisville stop on the 2019 ISL tour. Smith blew past that mark by 2.85 seconds. The top three swimmers in this final were actually all under the old record. According to USA Swimming’s records, the SCM U.S Open record in the 400 free has only been held by two people besides Smith–Winnington and Michael Klueh. Klueh established the record at 3:40.05 at the 2011 Duel in the Pool.

Like many U.S swimmers, Smith does not swim SCM meets very often. Therefore, this also marks a new best for the Florida pro, beating the mark of 3:37.27 that he swam in Berlin.

Smith swam a remarkably even-split race in Indianapolis. You can see that Smith closed faster in Berlin, but he had been slower through the first 300 meters.

“I’ve been chasing a win for the past three weeks,” Smith said. “It was really important to get it done here on home soil in Indy. It’s one of my favorite pools. I executed the best of the three weeks so far.”

Having executed well here, Smith can now turn his attention to this race at SC Worlds in Melbourne next month. That was on his mind too after the race. “This puts me in a really good spot for Australia in six weeks,” he added. “So I’m really excited to swim it at Short-Course Worlds too.”

I would love to see the US Open record posted for every event.
Also, what is the US record?

Not sure if it’s 100% accurate but looks believable.
https://en.wikipedia.org/wiki/List_of_United_States_records_in_swimming