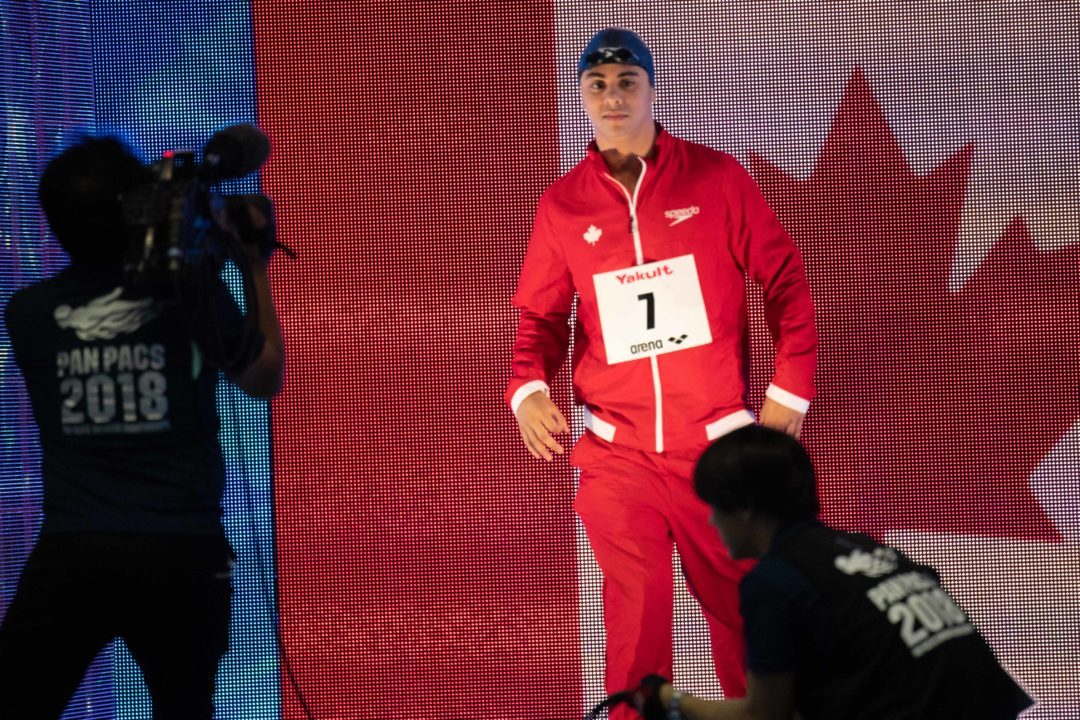 The 24-year-old from Ontario began his evening by becoming the first swimmer from his nation to clock a sub-1:50 time in the men’s 200 back final before setting another national mark in the men’s 100 IM final to cap off his impressive double. Acevedo has now lowered four Canadian standards during this year’s World Cup series to give him eight national records in total.

Acevedo posted a 1:49.74 in the 200 back to pick up the silver medal behind Shaine Casas (1:48.40). Acevedo was more than a second faster than his 1:50.76 from the Toronto stop and half a second quicker than the previous Canadian record of 1:50.27 set two years ago by Markus Thormeyer. In the process, Acevedo picked up his second World Cup silver after earning the same placement in Toronto.

Less than an hour later, Acevedo went 51.38 in the 100 IM to snag the bronze medal behind Michael Andrew (51.22) and Casas (51.04). Acevedo lowered the previous national record of 51.70 held by Finlay Knox from last year’s Short Course World Championships. Acevedo was a few tenths faster than his 51.74 from Berlin.

During his post-race interview, he dedicated his performance to Luca Urlando, who appeared to suffer an injury during prelims of the 100 IM this morning. Acevedo’s personal-best time of 51.38 marked his second Canadian record of the night.

“That one’s for Luca,” he said. “I feel bad for him. Praying for his return.”

Most versatile male 🇨🇦 swimmer today. Records in back, fly, IM. Was a Breast go to guy for the LA Current last year ISL. Was the most reliable Relay swimmer for🇨🇦 this past summer dropping multiple 47s and a 146 to help immensely their Relay successes at World’s and Coms. Very deserved of his success now.

Very versatile but not the most versatile. Casas or foster is just as versatile event wise.

Casas is American if i recall, the poster you replied to mentioned he was the most versatile Canadian swimmer which I would agree with (at least since Brian Johns)

Javier is a swimmer who brings it every time…way to go Javier.

I’m so happy for Javier! He’s put in the work and it’s paying off. Seems like a really good guy. Congratulations!