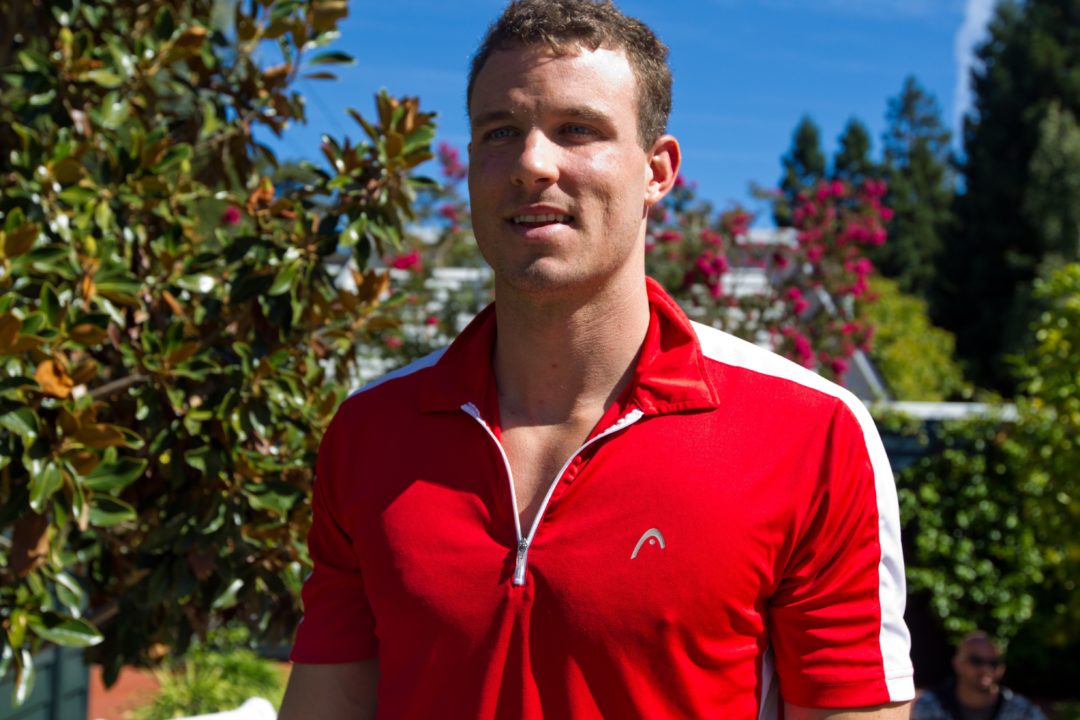 Beyond The Lane Lines: Learn From Michael Phelps Online

Beyond the Lane Lines features an Australian pool, a crossing of the English Channel, and news about Michael Phelps becoming an online instructor.

Catch up on the latest swimming stories from around the web, including two swimmer weddings and a pool version of Airbnb.

19-year-old Rikako Ikee of Japan was released from the hospital last December after battling leukemia for just under a year. Since that time, the teen swimming ace has been slowly easing back into light training in the form of gym work and pre-coronavirus lockdown swimming.

Throughout her illness and recovery, Ikee has received words of encouragement and support from within the swimming community and beyond. Most recently International Olympic Committee President Thomas Bach reached out via Twitter with the sentiment, “Keep dreaming the dream @rikakoikee. The whole Olympic Community is behind you.”

Before the Olympic Games were officially postponed to 2021, Ikee had stated her personal goal would be to compete at the 2024 Summer Olympics in Paris. Although athletes now have an extra year to work with, Ikee is simply focusing on staying healthy and taking her rehabilitation in stride.

American Olympian Michael Phelps is keeping very busy in his retirement after having won his 23rd Olympic gold medal at the 2016 Games in Rio. The man has not only expanded his family to now be a dad to 3 boys, but Phelps has continued his mental health advocacy work, while inspiring people around the world in the form of various appearances and speaking engagements.

Phelps’ latest invitation to motivate came from the state of Georgia, where he will be among the presenters recognizing players, coaches and volunteers at the 2020 ‘Best of ABH Preps All Star Prep Awards’ ceremony.

Typically held in-person in Athens, Georgia, the 2020 edition in early June will be a virtual affair, with the event ‘honoring the best in high school athletics – shining the spotlight on student leaders who have overcome adversity, inspired others with their hard work and stood back up after losing a battle.”

Cheyenne Central High School in Wyoming is saying goodbye to long-time coach Mark Miller, as he retires from 22 years at the helm of the swimming & diving program. Moving into the head coaching role is Josh Bott, former head coach for Campbell County High School in Gillette, Wyoming.

Most recently Bott served as Assistant Coach under retiring Miller. Said the new coach of his approach, “I’m excited to bring some of the things that worked well for me up in Gillette, while keeping some of the great things that have been implemented throughout the years at Central. I want to mix the new with some of the old things and build upon that tradition.” (Wyosports.net)

36-year-old Olympian George Bovell was inducted into his nation of Trinidad & Tobago’s Sports Hall of Fame earlier this month. The man who earned multiple NCAA titles while competing for Auburn University early in his career went on to snag 200m IM bronze at the 2004 Olympic Games in Athens.

In 2013, Bovell earned bronze in the 50m freestyle at that year’s FINA World Aquatic Championships in Barcelona. He also collected 6 Pan American medals throughout his career, with the most recent coming in the form of his 50m freestyle bronze at the 2015 edition in Toronto. Bovell was Trinidad & Tobago’s flag bearer at the 2008 Olympic Games.

Now residing in Canada, Bovell reflects on his career, “You may think it was glamorous, but looking back, my swimming career was like a harsh form of “mental and physical slavery” as I suffered a lot.

“It was a lonely feat of endurance, and a constant uphill struggle full of heart-breaking sacrifice and fanatical dedication. However, as difficult as it was, it was ultimately necessary on my path to self-mastery.”

Now residing in Canada, Bovell says of his T & T Hall of Fame induction, “My father helped me to see that my attendance at the induction was not about me, but was for the people who helped me along my way, and for those who will aspire to follow in my footsteps.” (Guardian)

33-year-old Michael Klueh and 29-year-old Katie Meili, both retired from United States swimming, proved throughout their careers that they had what it took in the pool. Now the pair are respectively trail heading their lives outside of the water.

Klueh was a student-athlete at the University of Texas, where he became NCAA champion in 2009 as a member of the Longhorn men’s 4×200 freestyle relay. Representing the stars n’ stripes internationally, Klueh racked up multiple elite medals in that same relay member capacity, including World Championships gold in 2013 and Pan American silver two years later.

Married to also-retired American open water swimmer Emily Bruneman and father to a daughter, Klueh recently graduated from the University of Michigan medical school. “So incredibly thankful for everyone that have helped me get here! It’s been quite the journey of highs and lows. Excited for the next step in my training,” read Klueh’s tweet from May 15th.

As for Meili, she was one of the most successful women’s swimmers in Columbia University history before breaking through the elite international swimming ranks. She snagged 100m breast gold at the 2015 Pan American Games before standing on the bronze medal tier of the Olympic podium in Rio in the 100m breaststroke. She also was a member of the American women’s gold medal-winning medley relay in Rio.

Out of the pool, she started at Georgetown Law in 2017, training with the undergrad swim team while also juggling schoolwork and elite swim competitions. She officially retired from swimming in July 2019 and has been serving as volunteer assistant coach for the Hoyas’ swim team while completing her law school studies.

She graduated this week, saying on Instagram, “Law is but the means, justice is the end. Congratulations to the Georgetown University Law Center Class of 2020. We did it!!”

So incredibly thankful for everyone that have helped me get here! It’s been quite the journey of highs and lows. Excited for the next step in my training. @UMichMedAdmiss #MD #MedTwitter #ortho pic.twitter.com/RAI958Q7Wd

Law is but the means, justice is the end. Congratulations to the Georgetown University Law Center Class of 2020. We did it!! 🤍💙

Klueh graduated first in his class (per his wife’s fb post)! Not too shabby!

Now residing in Canada, Bovell reflects on his career, “You may think it was glamorous, but looking back, my swimming career was like a harsh form of “mental and physical slavery” as I suffered a lot.

“It was a lonely feat of endurance, and a constant uphill struggle full of heart-breaking sacrifice and fanatical dedication. However, as difficult as it was, it was ultimately necessary on my path to self-mastery.”

That about sums it up 🙂

As opposed to the relaxing form of slavery.