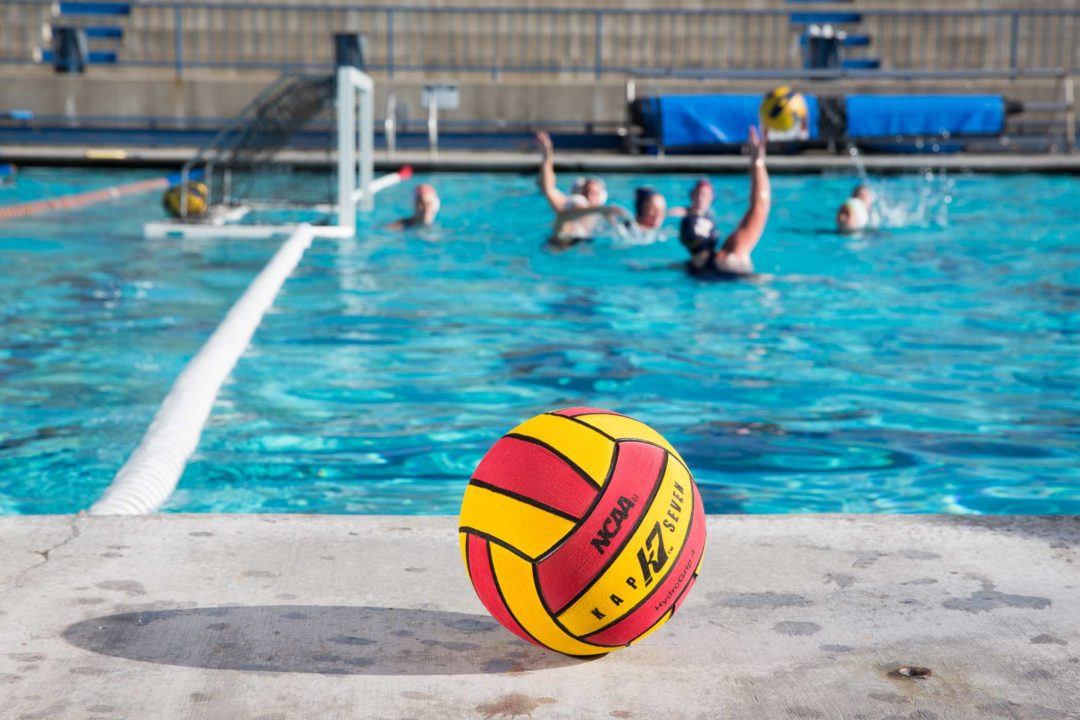 The rules change would align NCAA with international rules, which has a 6-meter area instead of a 5-meter area dictating, among other things... Stock photo via Kap7

The NCAA Men’s and Women’s Water Polo Rules Subcommittee has recommended a number of proposals designed to align the collegiate game with national and international rules. Most significantly, that includes the addition of a 6-meter area.

In international water polo, fouls committed outside of the 6-meter area, which is the area within 6 meters of the goal line from sideline to sideline, allow the fouled player to take an immediate shot on goal.

Previously, this area was set at 5 meters, and while national and international water polo (everything under the FINA umbrella) has moved that area out to 6 meters in the last few years, the NCAA still has that area set at 5 meters.

There are a few other restrictions related to the 6-metre area, including where the goalkeeper can stand on or jump off the pool floor in shallow water pools, and the size of the coaches’ box.

Does anyone remember back when it was a 7 meter line? The more things change…

Yes, it lasted for 3 years. And also included a 2-goal award. I was able to submit comments to the committee and was opposed to many of the play changes. Unfortunately, the reason for changes are that “FINA does it”, ignoring the fact that 26 American senior players play by those rules and 100,000 players play by more manageable rules.
Ryan Upper
Retired water polo coach

It would be safe to assume that 99% if not all play club water polo, as well as NCAA and these, are similar rules. So it is not just for those on national teams. Plus, if you are an official that refs different levels it helps them out as well instead of having to know multiple sets of rules.

Don’t like the change regarding the goalie, do like allowing team and assistant to stand, and availability of caps. 5/6m, not surprised. Just think implementing these changes now while majority of players can’t practice and familiarize themselves with the new rules is a poor call. Thanks for the water polo coverage, keep it up.