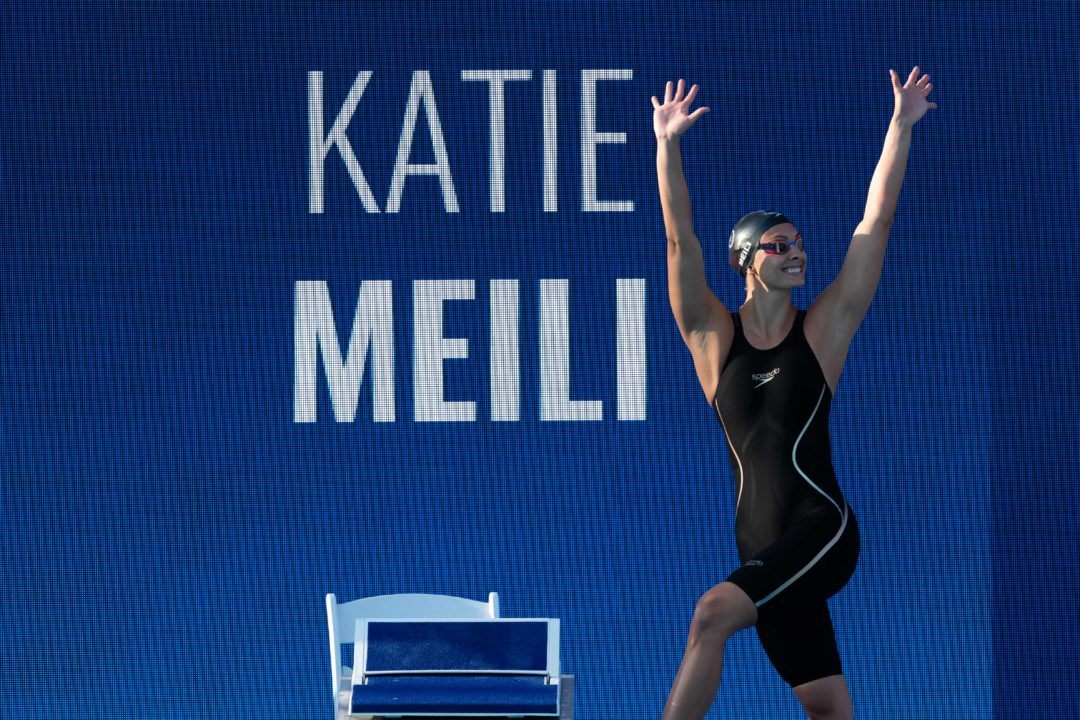 American Katie Meili announced via Instagram that she has decided to retire from swimming. Meili’s statement said in part, “My... Stock photo via Mike Lewis/Ola Vista Photography

American Katie Meili announced via Instagram that she has decided to retire from swimming. Meili’s statement said in part, “My swimming career has been a dream come true and I am so grateful for the lessons it has taught me, the opportunities it has provided me, and most importantly, the incredible people it has brought into my life.”

The US  breaststroke star won Bronze in the 100 breast at the 2016 Rio Olympics, also helping the women’s 4×100 medley relay to its gold ledal by swimming in prelims. Meili also won Silver in the 100 breast at the 2017 World Champs in Budapest, marking a 1-2 American finish with the help of Lilly King, and leaving Russian superstar Yuliya Efimova in 3rd. Meili also won Bronze in the 50 breast at 2017 Worlds, and had 3 short course world champs gold medals, and 1 silver.

Meili has been serving as a volunteer assistant coach at Georgetown University since 2017, while attending law school. In the 2018-2019 season, Meili only competed in at the SCM World Champs in the Fall, the TYR Pro Swim Series in Richmond in April, and the FINA Champions Series in May. Meili had qualified to swim the 100 breast (and 50 breast) at the fast-approaching World Champs in Gwangju, but declined the spot. Micah Sumrall took her place instead

Can we fix the typo: “gold ledal” sheesh!

an amazing swimmer and an amazing woman, she is far more than just her swimming accomplishments, although all of which are exceptional

Being one (of a much, much, much slower type)… Breaststroker retirements always bum me out. Amanda Beard, Megan Jendrick, now Katie Meili…. sigh. But great work, Katie, and best of luck!

Glad to have her join the legal profession!

I cried when I saw this. Thank you, Katie, for all that you have done and best of luck in the future. Hoya Saxa!

Her silver medal at 2017 Worlds was honesty so amazing to see, she’s obviously very talented in all aspects. Her coming out of Columbia to become an Olympic gold medalist is amazing. I wish her luck in her future endeavors! Thank you for an amazing career, Katie!

I was having a good day, until I read this….