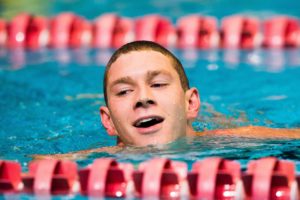 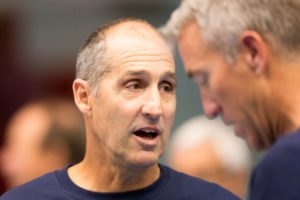 Arizona won this relay, though it turned into a tighter battle than some might have predicted as Cal put up a season-best time in pushing the Wildcats. 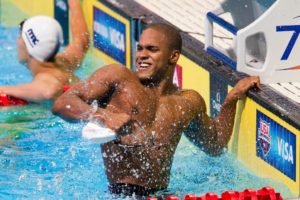 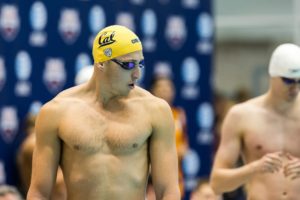 Kevin Cordes led the Arizona men to their first ever 200 medley relay win at the Pac 12 Championships.

Arizona’s Brad Tandy Will Be Eligible for Pac-12 Championships

Update: Arizona has confirmed that Tandy will have two years of eligibility: this season and next. The biggest news, perhaps,…

Mitchell Friedemann was born to parents Paul and Jane Friedemann in Allenton, WI. He swam club for Schroeder YMCA and at Arrowhead HS, and headed out of high school a top recruit. He made the Junior National Team in 2010, and took his strengths in the sprint freestyle and backstroke to The University of Arizona.

As a freshman at Arizona in the 2010-11 season, he made an immediate impact for the Wildcats. At the 2011 NCAA Championships, he helped the 200 yard freestyle relay and 200 yard medley relay to 4th place finishes, and split a 42.6 (he was 44.2 flat-start in high school) to push the Wildcats to a 5th place finish. Individually, he posted a time of 46.09 in prelims of the 100 yard backstroke, where he would finish 8th in the A final (46.32). Friedemann was the only freshman to make the A final in the 100 back. His efforts in the 100 back earned him first team All American honors.

The arrival of Kevin Cordes, America’s current fastest breaststroker in short course and long course, to the Hillenbrand Aquatic Center on Arizona’s campus pushed Friedemann to a nationally-recognized level after the 2012 season. Although their 400 medley relay did not take the NCAA title, Arizona’s 200 medley relay of Friedemann, Cordes, Giles Smith, and Adam Small was victorious, and erased the American record while they were at it. Friedemann was a member of the 3rd place 200 free relay and 6th place 400 relay, and moved from 8th in 2011 to 6th in the 100 back.

Friedemann continued to impress at the 2013 NCAAs. In the 400 medley, Arizona won the title after failing to win in 2012. Friedemann posted a blazing fast 45.51 in that race to out split all backstroke legs in the A final, and matched that time individually for a 5th place finish. He was also a member of the 3rd place 200 medley relay, 7th place 200 free relay and 8th place 400 free relay.

As a senior, Friedemann again made finals in the 100 back, although his 14th place finish (46.54) was lackluster in comparison to his top-8 finishes in every other year he competed at Arizona. Still, he was a key relay factor for the Wildcats. While both medley relays that he led off were disqualified for poor exchanges, he contributed to both the 200 and 400 free relays. He swam the 2nd leg of the 400 free relay, which would place 12th. He was not on the 200 free relay in prelims, but he swam the anchor leg in 18.87 in finals, where Arizona would finish 4th.

Friedemann made a big splash at the 2011 US National Championships, where he kicked off his meet program with a very fast 55.13 in the 100 meter backstroke, which locked him into the A final with Ryan Lochte, Nick Thoman, and Matt Grevers, who would each go on to swim in either the 100 or 200 meter backstroke at the 2012 Olympics and earn medals. He went on to finish 10th. Friedemann then swam a new best in the 50 meter freestyle (23.49) to place 73rd, and was 51.20 in the 100 meter freestyle for 63rd.

Friedemann’s best swims of the 2013 long course season came at the US National Championships. He was 51.28 in the 100 free and 55.17 in the 100 back, both just off his bests. He also competed in these events at the 2013 US Open, but was unable to put up any best times. According to the USA Swimming database, this would be Friedemann’s final long course or national meet of any sort.