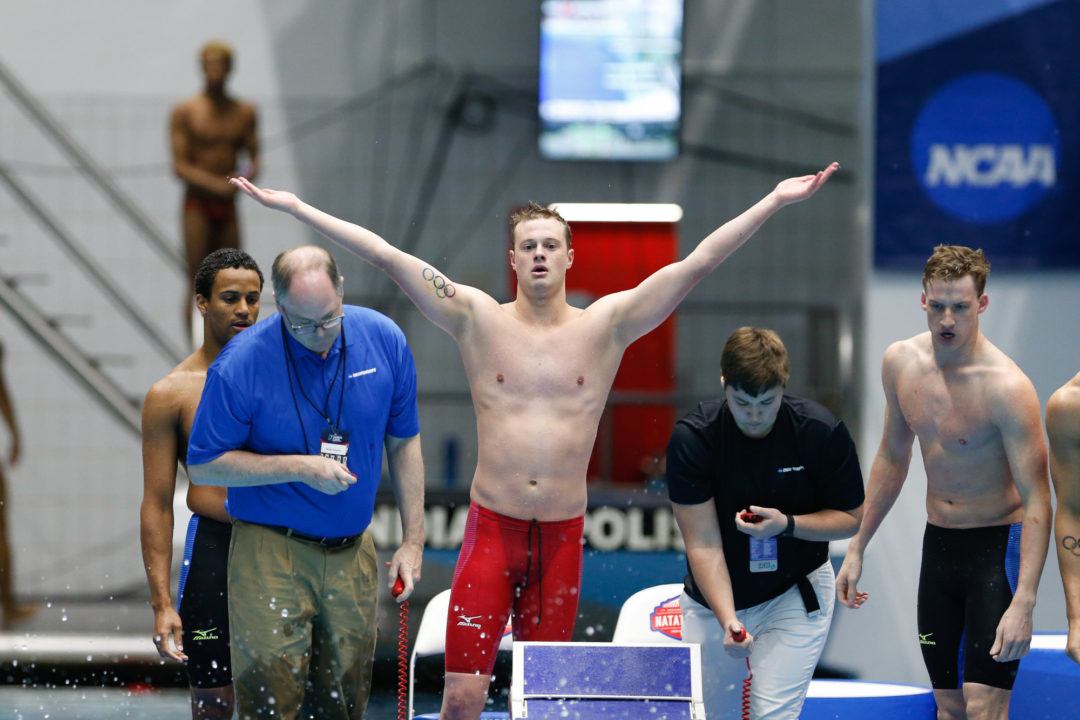 Texas’ Jack Conger had one final chance to win an individual title as a senior at the 2017 Men’s NCAA Championships. That chance came in the finals of the 200 fly. After taking a narrow 2nd last season, Conger wasted no time establishing his lead tonight, blasting a 45.78 opening split en route to a 1:37.35 victory.

With that, Conger took down his own former American Record of 1:38.06 and Joseph Schooling‘s former NCAA Record of 1:37.97, both of which were established at last season’s NCAA meet.

For everyone who thought that because Schoolong wasn’t in the final and it wouldn’t be as sweet a victory, maybe smashing his record is sweeter. #KingCong

You don’t usually see him smile

Unless he’s hangin with Lochte.

So happy he was finally able to capture a win.. seems like a great guy and teammate