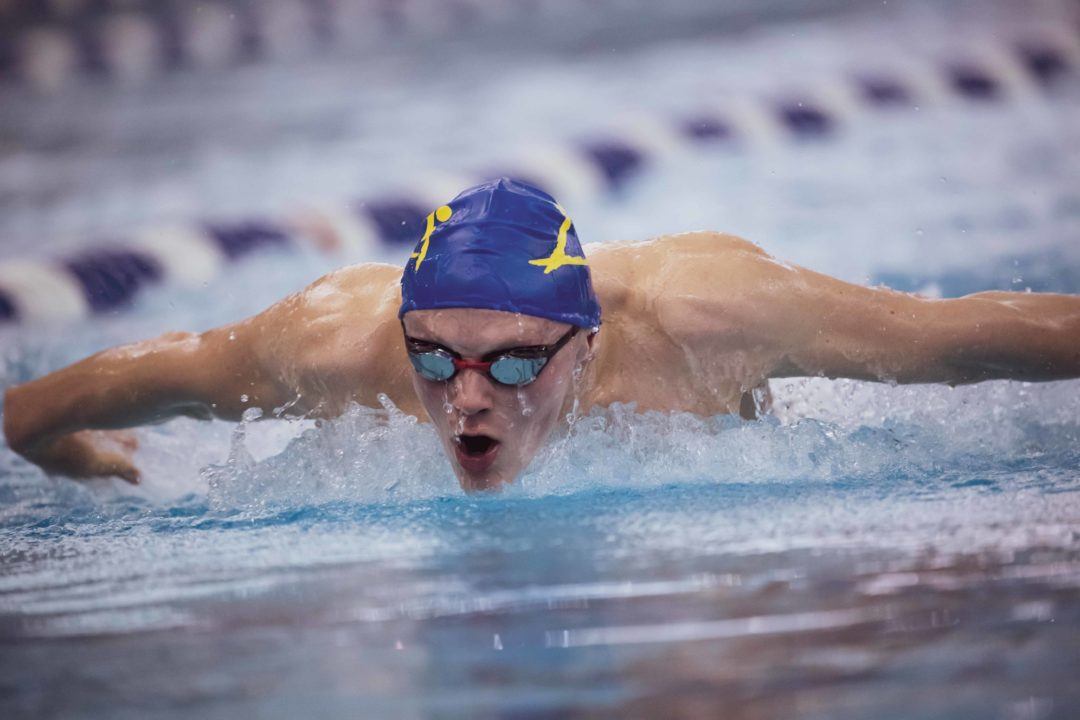 Canadian National Teamer Cole Pratt, representing Calgary’s Cascade Swim Club, took down the Canadian record in the short course 200 backstroke on the third and final night of the 2019 Ontario Junior International meet. After a casual 1:58.04 in prelims, Pratt blew away the field in the final, hitting a 1:51.30 to beat Markus Thormeyer‘s previous mark of 1:51.57. Great Britain’s Charlie Brown took silver in a 1:58.13, followed by London Aquatic Club’s Carter Buck with a 2:00.14 for bronze.

Thormeyer set the previous Canadian record back in October at the ISL Group B match in Budapest, where he finished third for the New York Breakers, behind Ryan Murphy and Christian Diener. Thormeyer currently holds senior Canadian records in the short course 4×50 medley and 4×200 freestyle and the long course 100/200 backstroke, and for the last 2 years has been Canada’s best male swimmer.

This victory marked Pratt’s third individual gold medal of the meet, having previously won the 400 IM and 100 backstroke. Pratt was also the top seed after 200 IM prelims this morning, but scratched the final, focusing solely on the 200 back.

Still 17 years old, Pratt made his senior national team debut this past summer at World Champs in Gwangju, South Korea where he raced to a 26th place finish in the 200 back, swimming a 2:00.45 (LCM).

With his first senior national record under his belt, Pratt takes Canada’s top spot this year in the short course 200 back and is second only to Thormeyer in the LCM 200 back. Pratt swam a 2:00.12 LCM last week at the U.S Open which is still a few seconds shy of the 2020 Canadian Olympic qualifying time of 1:57.50, but right on top of the “B” selection standard of 2:01.03.

Pratt’s major time drop this weekend sets him up nicely to be competitive in the backstroke events at Canadian Olympic Trials, come April where he will be up against 2016 Olympians Markus Thormeyer and Javier Acevedo, as well as other top-ranked swimmer Josiah Binnema.

Has he committed to a university yet?? Would love to see him in NCAA!

Would love to see him training in Vancouver w/Thormeyer

Or in Toronto with Finley Knox

That dude’s on fire. Can’t wait to see what he does in April in LCM