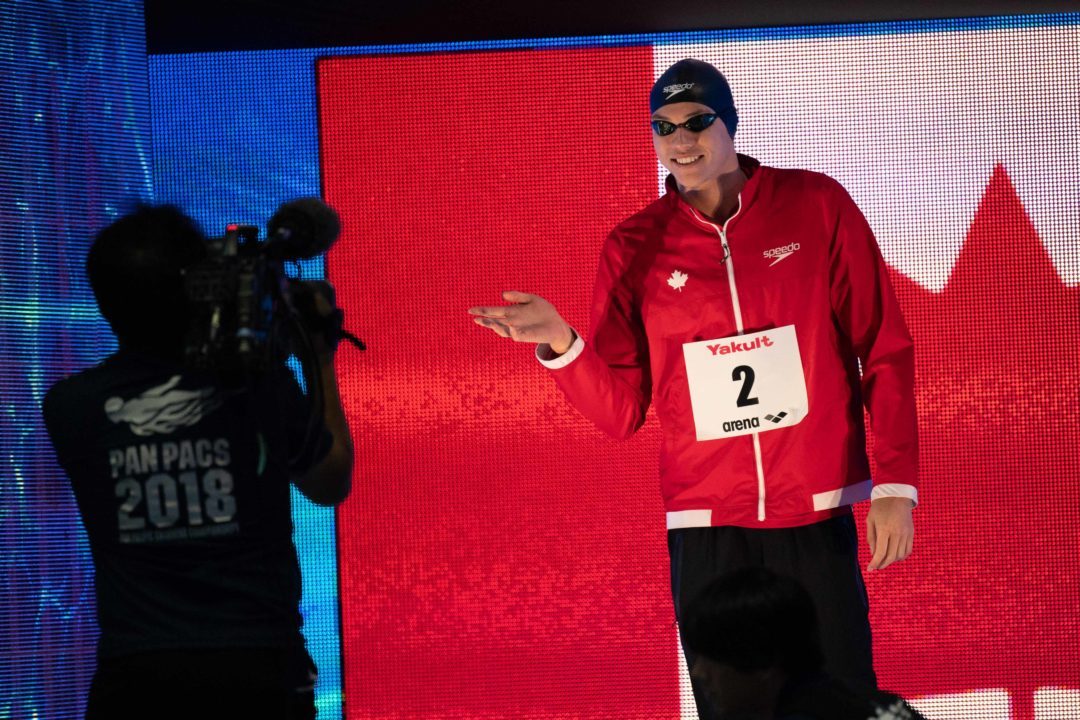 Markus Thormeyer's breakout performance to qualify for the 200 back final at the 2019 World Championships earns him Swimming Canada Male Swimmer of the Year. Archive photo via Mike Lewis/Ola Vista Photography

As Swimming Canada continues to release its annual awards, Markus Thormeyer is the latest to receive an honor as we named their Male Swimmer of the Year for the second straight year.

After a breakout 2018 that saw him win his first individual major international medal at the Commonwealth Games, earning bronze in the men’s 100 backstroke, Thormeyer took another big step forward in his career in 2019.

The 22-year-old qualified for his first World Championship final in the 200 back, taking eighth in the final. In the semis, he was a last-minute replacement for China’s Xu Jiayu who scratched late, giving him a chance for a second swim after placing 17th in the heats. The University of British Columbia product took full advantage, breaking a 10-year-old super-suited National Record in 1:56.96 to advance in fifth place.

“I think it’s pretty cool so see that happen,” Thormeyer told Swimming Canada. “Last year I built up some momentum in my swimming career. This year I was able to keep that momentum going. I just kept on doing what I did last year.”

Thormeyer also qualified for the semis in the 100 back, taking 11th, and was leaned on heavily as the lead-off man on all three male Canadian relays. He also led off their mixed 4×100 free relay that placed fourth in the final.

Over the last few months, he had a strong showing in the debut season of the International Swimming League, competing for the NY Breakers.