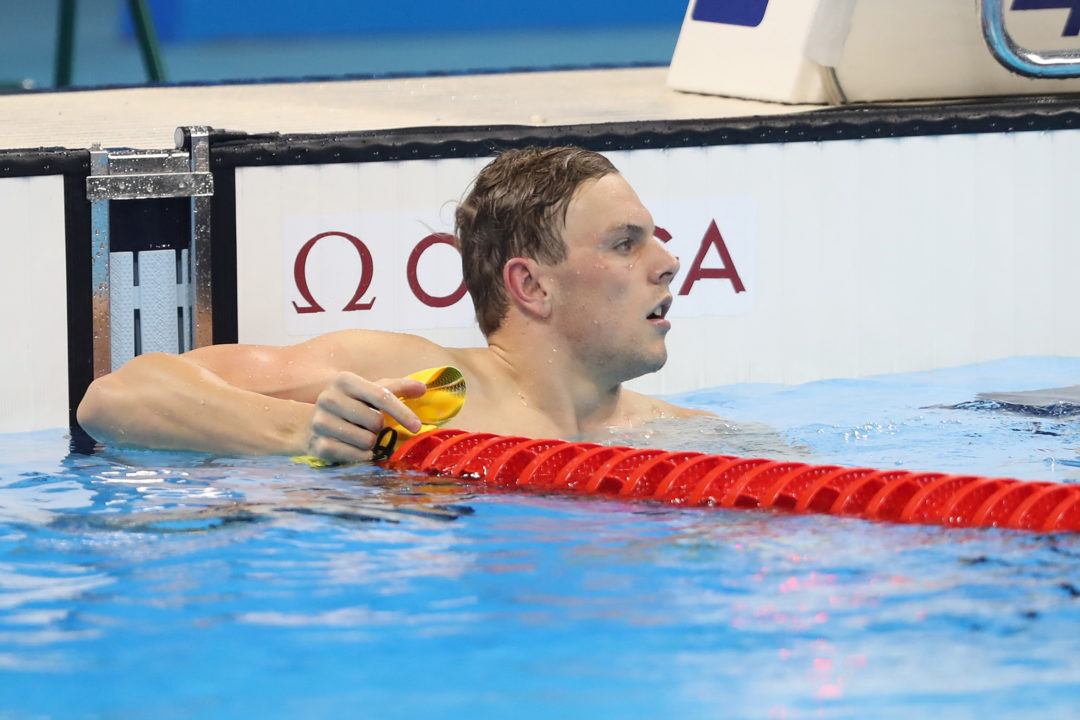 Having opted out of Worlds due to his heart surgery recovery, 100 freestyle Olympic champion Kyle Chalmers will still be racing locally. Archive photo via Simone Castrovillari

Although the majority of big Australian aquatic players are currently in the Netherlands at the final training camp before heading off to Budapest for the World Championships, one major talent will be present in Oaklands Park this week. 100m freestyle Olympic champion Kyle Chalmers, who returned to competition quietly earlier this month, has opted out of the World Championships due to his heart surgery. As such, he’s sticking close to home and getting some training and racing underway out of the spotlight as he ramps back up to regular regimen.

Whereas Chalmers took to the pool in just one event in his post-surgery debut, look for 19-year-old Chalmers to take on a heavy schedule this week. The junior world record holder is set to take on the following events:

Look for a full meet recap once the competition concludes in South Australia.

I thought i read somewhere that he is also doing the charity meet in Rome in August?