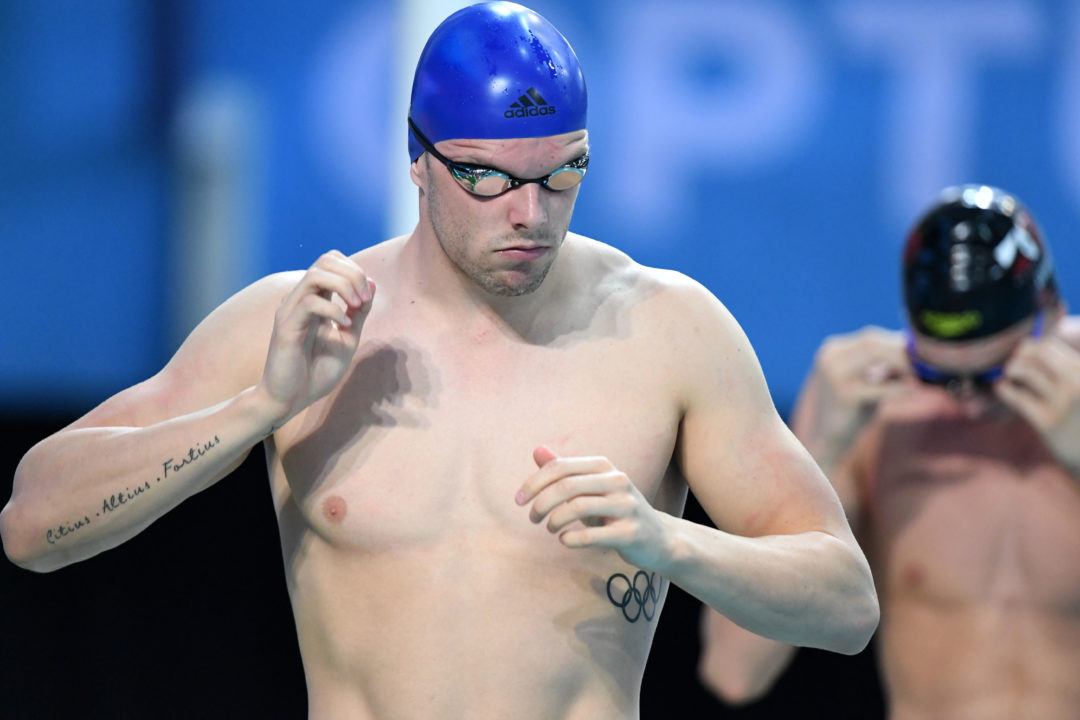 2016 Olympic gold medalist Kyle Chalmers quietly made his post-surgery return to the pool last weekend, competing in one race on his home turf of South Australia.

The 100m freestyle champion in Rio underwent a successful heart surgery in early June to address Supraventricular Tachycardia, a heart condition with which he was diagnosed as a child. The condition is characterized by an abnormally fast heart rate caused by abnormal electrical activity in the heart’s upper areas.

Having pulled out of this summer’s World Championships in Budapest, Chalmers eased his way back to racing via an exhibition 100m butterfly within a local SA Division I meet on July 1st. The 19-year-old Marion Swimming Club athlete checked in with a short course meter time of 54.65; nothing explosive, but a product of Chalmers taking his recovery slowly.

His coach Peter Bishop stated after the race, “He wasn’t expecting anything amazing (in his first race back), it was just a matter of getting in and having a hitout.” (The Advertiser)

Chalmers hasn’t officially raced the 100m butterfly in short course meters since he was 15 years of age, a time at which is personal best stood at 55.32. He most recently raced the event long course at this year’s South Australian LC Championships, a competition at which he notched a new personal best of 54.87.

In light of Chalmers now in recovery mode, Bishop says that his ‘training has gone back to basics.’

“Getting the aerobic system moving again, our goal is to make sure he’s ready to go by Comm Games trials and we’ll keep building from there. Some of these races are opportunities to learn and he won’t be in prime form but he’ll be competitive.”

Chalmers’ plan is to race in the South Australian State Championships, which begin on July 19th, before he and teammate Travis Mahoney join up in Rome for a charity meet in August.

Bishop says, “Then there’s a world cup after that, but we’re not planning on swimming the house down at any of those, it’s just to give us a bit of a focus and something to prepare for.”

I wish the best 100m Australian crawler (see what I did there?) in the world the best.

King Kyle is back in the house Tom 🙂

The younger you are ….the quicker you heal. Welcome back Kyle.?

Yeesh. Dudeman comes back from surgery and goes a 54 in the fly, an off event. Unreal how far beyond normal these Olympians are.

There is 1 guy here who disliked the first 3 comments.

Someone is jealous of king Kyle Chalmers.