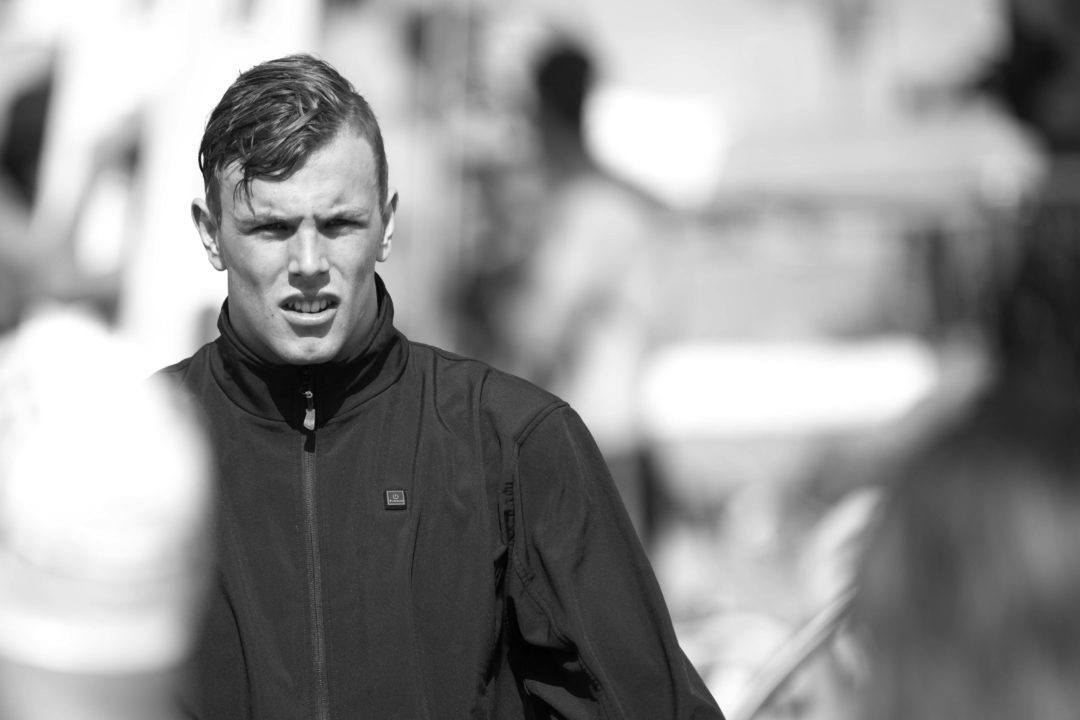 2016 Olympic gold medalist Kyle Chalmers has undergone a successful heart surgery in Adelaide. Chalmers underwent surgery to treat a condition called Supraventricular Tachycardia with which he was diagnosed as a child. The surgery will keep him out of this summer’s World Championships in Budapest.

Chalmers underwent a procedure called a catheter ablation, where doctors “use energy to make small scars in your heart tissue to prevent abnormal electrical signals from moving through your heart,” according to the National Heart, Lung, and Blood Institute. Supraventricular Tachycardia is an abnormally fast hear rate caused by abnormal electrical activity in the heart’s upper areas.

Chalmers, who is just 18-years old, almost underwent the same procedure two years ago, before his Olympic victory last summer, but doctors were unable to trigger the arrhythmia, according to The Australian. The condition didn’t flare in his Olympic preparations, but after Rio has interrupted his training and competition schedule on multiple occasions. He was beaten by countrymate Cam McEvoy, who has a better time in the event, at Australia’s National Championship meet in April.

His coach, Peter Bishop, says that Chalmers should be able to return training in 2 weeks and will be ready to race by late August.

Chalmers, the son of an AFL player who has towered over his competition since he was a young boy, is the youngest swimmer to have ever gone under 49 seconds in the 100 long course meter freestyle, and ended a 48-year Olympic gold medal drought for Australia in Rio. At 18 years, 1 month, and 16 days he was also the third-youngest swimmer to ever win this event at the Olympics, and the youngest since the 1980 Olympics, where Jörg Woithe won at 17 years old (without much of the world’s elite swimmers in attendance).

A Tweet from Chalmers’ Instagram account posted on Monday reads “Double thumbs up because this time my heart surgery was successful! Thank you for all of the support #blessed”

I bet he got super powers from the procedure.

Incredible. You never know what some champions go through to succeed.

Happy to hear it went so well for him . Wishing him a great recovery

SVT is typically not a “malignant” (i.e. life threatening) rhythm and is highly amenable to electrophysiologic (EP) ablation. EP is not surgery, but rather an transarterial catheter procedure. It was unfortunate that the the rhythm was not inducible (hence not ablatable) during his first procedure at age 16, but now the kid will feel fine in a day or two and will be back training in short order. Nice!

And lest people worry about a “scarred” heart impacting his performance, the amount of tissue involved is negligible and shouldn’t affect his athletic performance. Interestingly, a study came out a couple of months ago suggesting that atrial fibrillation/flutter may be more common in aerobically trained athletes. Autonomic nervous system on hyper-drive. Moral of the story, if you get strange palpitations, get checked out.

Funny enough you should mention that, but I have struggled with tachycardia issues for years but it has gone undiagnosed for a similar reason to Kyle- doctors could not manually induce it and my only episodes were in the pool, which would fix themselves before I could get to an ER or doctor to take an EKG. A couple years ago I had an implant done to constantly monitor my heart and they were able to catch several events and diagnose me with Atrial Fibrillation. I was a swimmer for 14 years.

Agree on all points. And Left Atrial strain associated with hypoxic training can lead to LA enlargement, facilitating Afib, especially in older swimmers. There are more than a few members of my large NorCal Masters team who have had Afib (with or without ablation). A pertinent literature is article can be found at:

I had this surgery. It is a safe surgery with no need to crack ribs/open the heart. While I say ‘safe’, the laser they use to burn the muscle tissue causing the extra circuit in your heart, at least for me, was about 1 cm away from real circuit. Doctors go up through 3 veins (one through your left arm, and 2 through your groins believe it or not). It’s easy to recover from, although you are told to take it easy for a while. I could tell immediately when my heart wanted to race, but couldn’t. Very weird feeling. If the surgery is successful, you have a 95% chance of never having a problem again. My surgery was almost… Read more »