After 2017 Withdrawal, Canada Bounces Back With 14 World Para Champs Medals 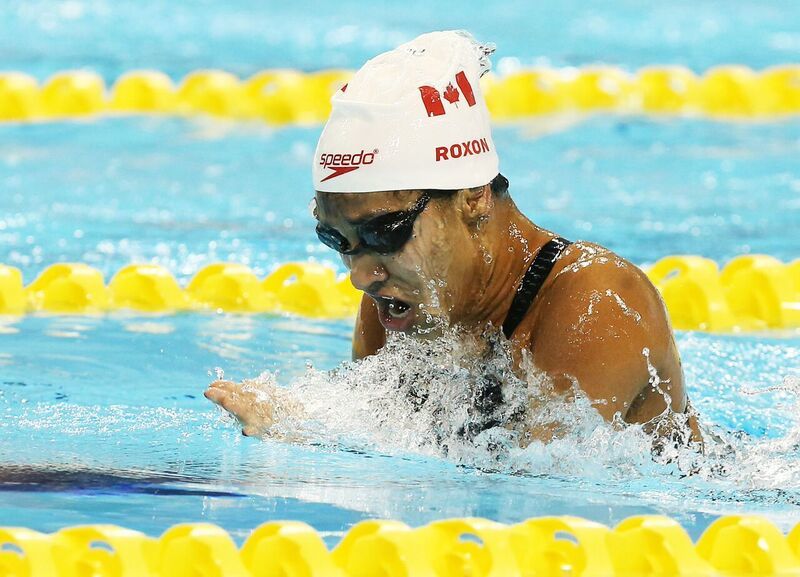 Swim Canada finished at 2019 World Para Swimming Championships with 14 medals, following disappointment of pulling out of the 2017 meet due to an earthquake. Archive photo via Scott Grant

The 2019 World Para Swimming Championships completed last Sunday in London, England and Team Canada had a successful performance following a disappointing 2017. The athletes who would have traveled to Mexico for the 2017 championships ended up not attending after Team Canada decided to pull out due to safety concerns following an earthquake in the host country.

Two years after their last minute withdrawal from Worlds, Canada’s athletes arrived in London ready to race, and ended up coming away with 14 medals total, reaching 18th place out of over 70 participating nations and beating their performance from the 2015 IPC Swimming World Championships (12 medals).

Katarina Roxon is a veteran on the Canadian National Team and competed at the recent Champisonships in London. Roxon, hailing from Kippens, Newfoundland and Labrador shared with us some thoughts on the team dynamic going into London, as well as some reflections on her own performances.

“As a whole we were very excited to race in London. It was the first time we have been able to compete on the world stage, with everyone there since Rio. The excitement was there, as well as the nerves, because in 3 years a lot can change. There are new people on the scene, people have gotten faster, and we haven’t really had the full world stage experience since the last Paralympic Games.”

Coming off of a gold medal performance in the 100 breast at the 2016 Paralympics, Roxon was a strong medal contender at the 2017 Mexican Games and said that she would have “loved to compete in Mexico” and was “ready to race.” Roxon didn’t let any past disappointment get in her way this time around however, coming out of London with two medals.

“London was amazing! It’s the best performance I have set at any World Championships. This year has brought a lot of ups and downs, but coming into London, my training has been amazing. My dad, Leonard Roxon and I have been working a lot on my strokes, and tweaking a few things, which have made a huge impact on my swim.”

Roxon remains ever-focussed on her 4th consecutive Paralympic Games, taking place in Tokyo, Japan next summer. With regards to London, she said that “as an athlete, you’re constantly growing and learning and wanting yourself to be better than you were previously. I love racing, I love competing, I’m excited to see what this next year will bring.”

Of the 18 athletes who competed for Team Canada in 2019, 12 of them were slated to swim in Mexico. We contacted Vince Mikuska, head coach of Team Canada at the World Para Championships last week. Mikuska was also named head coach in 2017 and offered comments on how the team reacted to the news in 2017 and how they adjusted their mindset heading into 2018.

“The earthquake that shook Mexico City in 2017 and caused the postponement of the World Championships was a big shock and disappointment to the Canadian team. We had already spent almost six weeks at altitude preparing for the meet and then had the rug pulled out from under us. The swimmers responded pretty well to our small meet held in Toronto and put together performances that were required for carding requirements and qualification for the 2018 Commonwealth Games.”

“In 2019 we had a team that was professional, calm, focused and determined. Those traits are developed by giving attention to cultivating them but sometimes more importantly by the journey you have had to undergo to get to where you are now.”

Along with Roxon, Aurélie Rivard has been a long-standing force on the Canadian National Team. Rivard was selected as Canada’s flag bearer for the 2016 Paralympic closing ceremonies, following her quadruple medal performance (3G, 1S) at the Games. She also set two world records at the games and has an additional 17 major international medals.

Rivard did not disappoint in London last week, earning two gold, a silver and two bronze medals in the 50 free S10, 100 free S10, 400 S10, 100 back S10 and 4×100 free 34 Points, respectively. Miksuska believes that her international dominance will continue next summer at the 2020 Tokyo Paralympic Games.

“Aurélie Rivard has developed into a seasoned international competitor who is able to raise her game at the biggest competitions. She has been able to medal across 5 different individual events between the 2016 Paralympics and the 2019 World Championships. In addition to those individual performances have been some outstanding relay splits, which culminated in a bronze medal at the World Championships, something Canada hasn’t won since 2013. We expect that Aurelie will continue to develop as an athlete and person moving towards Tokyo 2020 and lift her performances once again.”

Following the unfortunate circumstances of 2017, Rivard, Roxon and the rest of the Canadian National Team came into London fighting, and left with 14 medals, 9 Canadian records and 4 Americas records. The team now has a big year ahead of them, with only 11 months to go until the Tokyo 2020. Their momentum from this fourteen medal performance at World’s is a solid checkpoint on the road towards what Roxon calls the “highlight of any para athlete’s career”, the Paralympic Games.