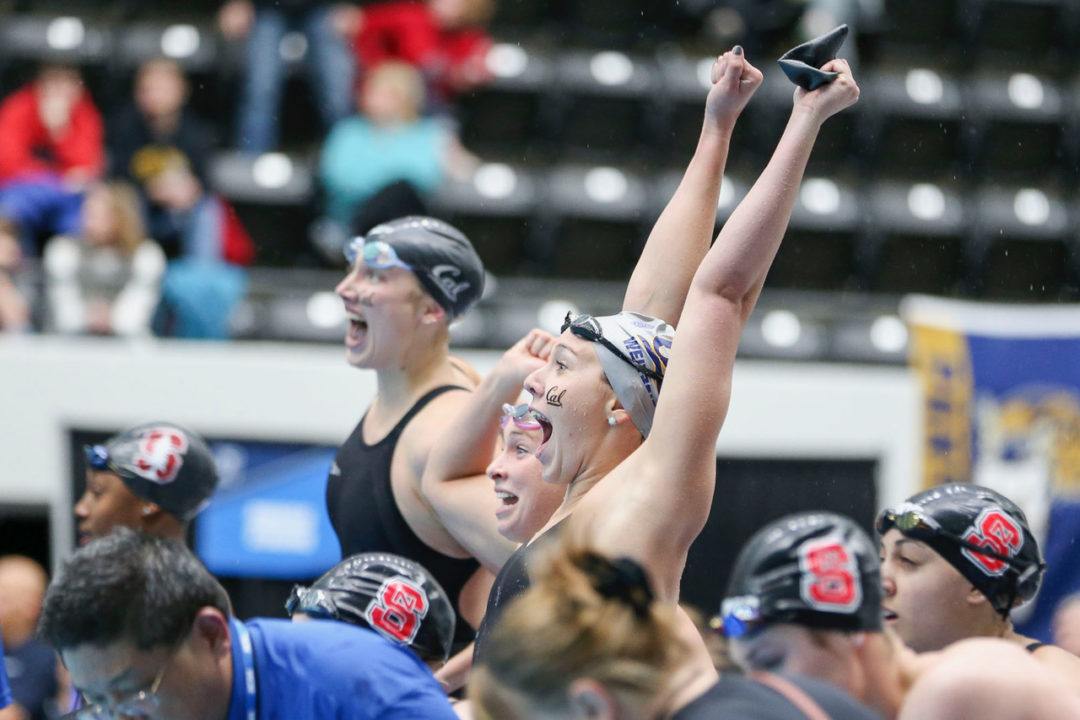 Their performance was boosted by a huge sub-21 split from senior Egyptian Olympian Farida Osman, who went 20.91 to anchor the team. Teaming up with her were 50 free American record-holder Abbey Weitzeil (flat-start 21.59), Maddie Murphy (21.83), and Amy Bilquist (21.26).

The NCAA record that California took down was a very fresh mark set this morning. In prelims, Simone Manuel, Lia Neal, Janet Hu, and Ally Howe put together a 1:26.15 to outswim the previous record by .05 to add another big swim to their 800 free relay mark last night. This morning’s swim was also a championship, and U.S. Open Record.

But tonight, Cal downed that mark by half a second.

“It was really cool,” said Osman after the race. “I mean, I believe in each one of these girls and we exceeded my expectations.”

Quite a race! Anyone have knowledge if there have been other sub-21’s & by whom & what was their time? Thanks in advance.