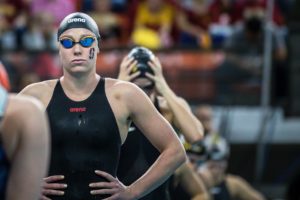 Fresh off their 3rd-straight women’s NCAA Championships title, the Stanford Cardinal are this week’s BSN Sports Swim Team of the Week. 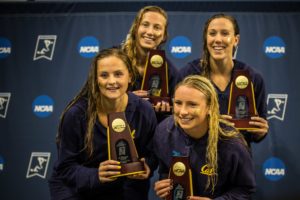 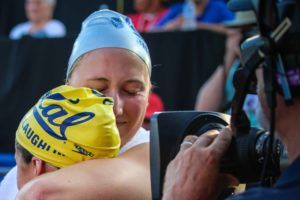 An hour after setting the 200 back American record, Regan Smith did it again in the 100. 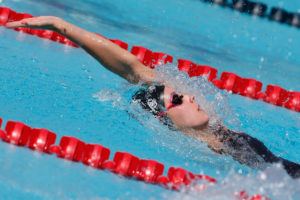 After scaring the 100 back American record Saturday, Smith had even more in store for the 200 Sunday.

Born Dec. 7, 1995 Janet Hu is an elite sprinter from Vienna, Va. Standing 5’9″ Hu specializes in butterfly, backstroke and butterfly. She graduated from Oakton High School, where she was named the 2011-2012 All Met Swimmer of the Year. Hu technically was the fastest high school swimmer to ever compete in the 50 freestyle, swimming a 21.82; however, she did not break 22 within a high school competition. Hu didn’t waste much time when deciding on college either – she committed to Stanford coach, Greg Meehan, on July 1, 2013.

National Competition
Hu broke her first National Age Group record at just 12 years old, and continually made headlines after. She most recently joined up with her Nation’s Capital teammates, including Stanford commit Katie Ledecky, to break the NAG record in the 800 freestyle relay. At the NCSA Nationals, Hu broke the 200 butterfly NAG record holder previously held by Stanford Cardinal, Elaine Breeden.

Hu was a member of USA Swimming’s National Junior Team, and qualified for the 2012 U.S. Olympic Trials.