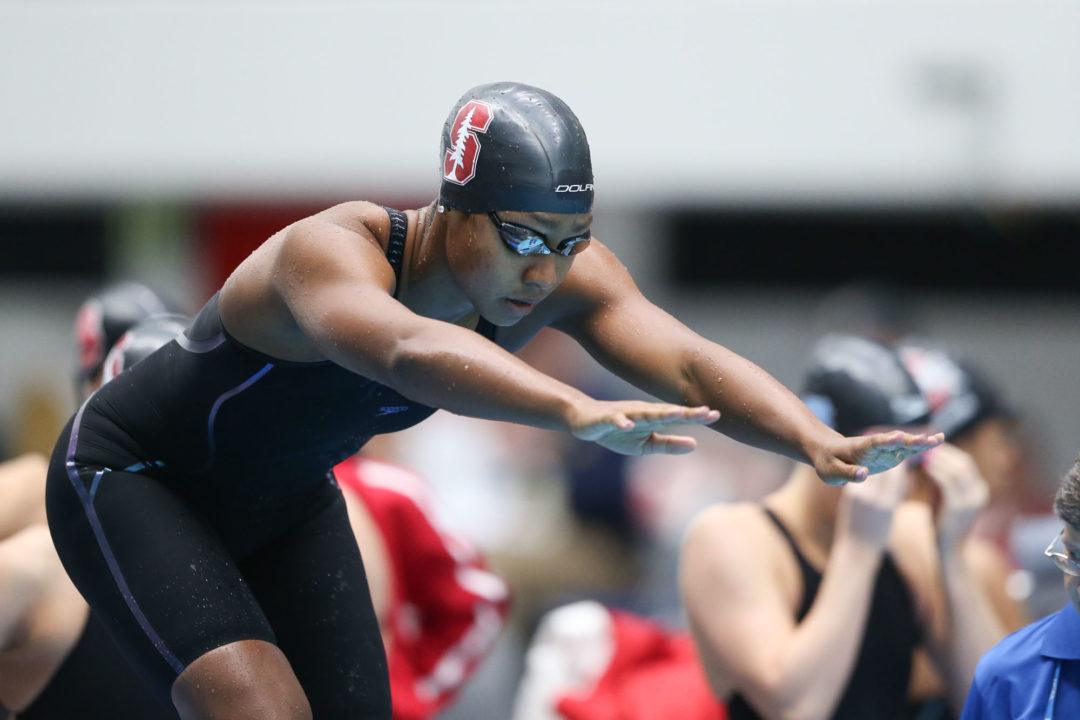 The Standford Cardinal set a new American Record in the 200 free relay tonight during the second day of the 2017 NCAA Swimming Championships. Current photo via Tim Binning/TheSwimPictures.com

We said in our previews that the 200 free relay might be Stanford’s toughest test in its quest to sweep all five relays this week, and sure enough, it was.  Despite swimming the fastest 200 free relay ever this morning, the Cardinal settled for 2nd place tonight and an American Record.  The California Golden Bears stormed to a 1st place finish and the NCAA/U.S. Open Records, but they aren’t eligible for the AR because Farida Osman represents Egypt internationally.

Tonight, the Stanford squad of Simone Manuel, Lia Neal, Janet Hu, and Ally Howe shaved 0.24s off its time from this morning for 1:25.91, which was also an American Record.  The first three swimmers each had virtually the same exact times each as this morning, while Howe dropped a few tenths of a second.  Here’s a comparison of the splits:

Tonight’s win by Cal broke Stanford’s stranglehold on NCAA relay records, but Stanford will be looking to hold on to its records in the remaining three relays over the course of the next three days.