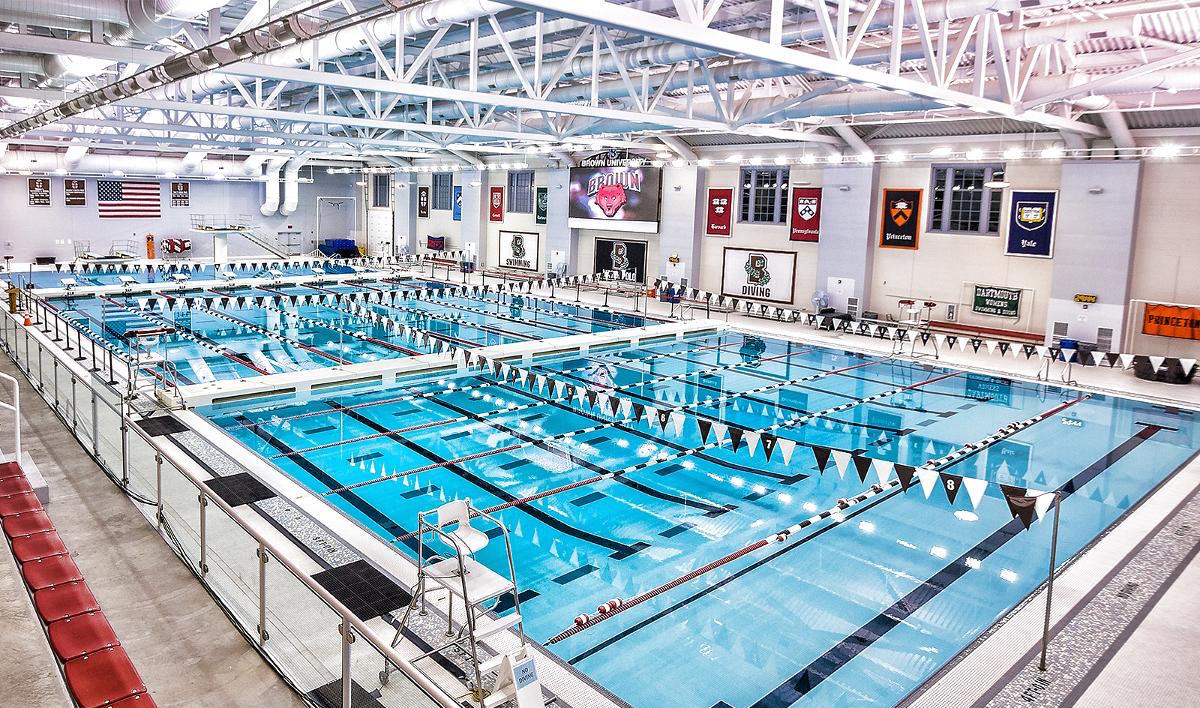 The investigation into hazing allegations against members of the team, which were revealed in early December but reference in occasion in October, includes allegations that new team members “vandalized University property, were instructed to perform a skit and vomited after excessive drinking.” Emergency Medical Services were called for one male member of the team who had drunk too much, according to a member of the women’s team cites by the school’s student newspaper. A former member of the men’s team, who asked to remain anonymous, disputes that, saying that Emergency Medical Services “was not called nor was it needed.” That former swimmer, who is still on campus in graduate school, says that he did not participate in the night’s activities but did stop by toward the end of the night, and says that while one freshman was drunk enough to throw up, that he didn’t observe anybody who was “passed out.” In his words, the party was “remarkably tame,” and that he feels like the reaction, including this suspension, has been overblown.  (Read more about the investigation here).

Piling on to the allegations of hazing, a recording of the team revealed that a team captain instructed new team members to deny any hazing allegations, saying that “There’s things that are out there that could be damaging, it’s just about how we spin it right now.”

Only 1 senior remained on Brown’s roster after the holiday break.

This is the third team-wide disciplinary incident to crop up within the Ivy League in the past two years. Princeton suspended its entire men’s swimming & diving team for all of last season after offensive content was found in a team listserv. Dartmouth cancelled three meets, the team’s winter training trip and put the women’s swim team on probation over the summer over a “sexualized PowerPoint” that first-year team members were told to create.

The spokesperson for the university tells SwimSwam that they “expect the investigation into hazing allegations and the student conduct review process to reach a conclusion in the coming weeks.” He also said that the school will make public any sanctions imposed on the team at the conclusion of the process.

Last weekend, the Harvard women won their 3rd Ivy League title in 5 seasons. This season’s men’s championship kicks off Wednesday at the Denunzio Pool in Princeton, New Jersey. Harvard are the defending champions of that meet, while Princeton had won the 2 editions prior to their year-long suspension. Brown’s men have never won an Ivy League title, and finished in the bottom 2 of the last 9 Ivy League Championship meets after a 6th-place result (out of then-9 teams) in 2008.

Updated: article was updated on February 21 to add input from a former member of the team who believes that the night’s events were much-less-severe than has been initially reported.

4 downvotes? AKA 4 Harvard swimmers who are afraid because they know the storm of Captain Tony is coming. He is an unstoppable force and will not be denied the Ivy League title.

Who cares…no place in sports for hazing!

All I know is that this whole fiasco is truly the PITTs, Man!

Isn’t it interesting that a certain naïve subculture views doing the right thing in negative terms? There is no such thing as “snitching” in an incident like this… when someone reports hazing, it’s the same as reporting corporate malfeasance or sexual harassment in the work environment, and it’s why we have whistleblower laws in America. People don’t have the right to mistreat others in the name of “teambuilding” in any scenario. In the case of athletic hazing, this kind of unsavory behavior usually continues within a team culture until real tragedy happens. I suspect at least the Brown team members wouldn’t be giving the thumbs up if one of their teammates had died. Only the knuckleheads who perpetuate this kind… Read more »

Why are hazing allegations so damn serious now at days? I understand sexual assault obviously, but in my country we don’t have this thing called hazing.

Because youthful people with no intent to harm get carried away…gang mentality coupled w competively natured athletes has led to unintended harm and even death.

Why not to mention some statistics that getting drunk is the act of bravery in the mind of many young people in your country. That practically all adult population in rural areas in your country are suffering from hard form of alcoholism, that most crimes are done being under influence. Young boys got drunk. Big deal. They are making their first innocent steps on the way to adulthood.
Find something better to say about your country. There is plenty of such things. Please don’t make drunkenness the distinctive cultural feature of your people.