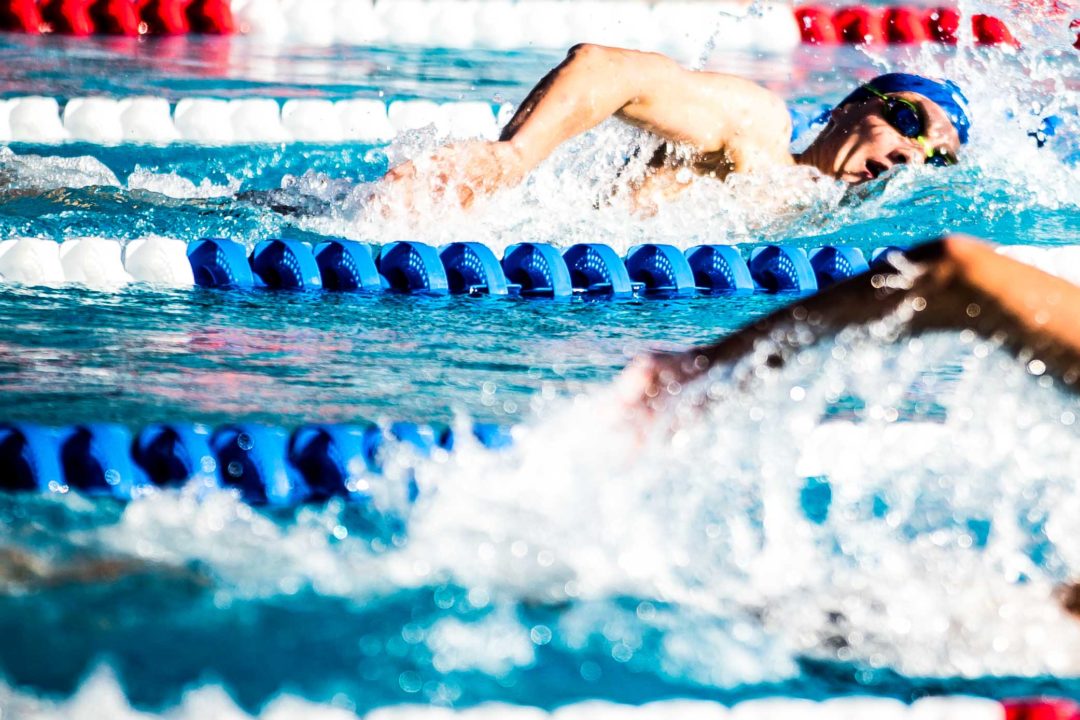 Florida stars Bobby Finke and Kieran Smith competed at a long course meet in Florida, with Finke hitting the third-best 800 free of any American this season. Archive photo via Jack Spitser/Spitser Photography

Florida stars Bobby Finke and Kieran Smith competed at a long course club dual meet in Florida this week, with Finke hitting the third-best 800 free of any American this season.

Finke, who smashed American, NCAA, and U.S. Open records in the 1650-yard freestyle this college season, went 7:51.66 to win the 800 free, which was probably the banner event of the dual meet’s 14-event schedule. That swim is the third-best 800 free of Finke’s entire career, and easily his best in-season swim. Finke was 7:47.58 at U.S. Nationals last summer and 7:51.45 at Nationals the year prior, the only two times he’s been faster than he was this past weekend.

That time ranks Finke #3 among Americans this season behind two swims from U.S. Open in December:

This weekend’s 800 free was full of fireworks. Finke’s Florida Gators teammate Kieran Smith also swam, going after a 400 free split. Smith – who set NCAA, American, and U.S. Open records in the 500-yard free this college season – was 3:54.17 at the 400-mark. That’s about 6.4 seconds off his career-best, set in December.

19-year-old Caleb Kravitz was 8:10.20 in that 800 free, dropping six seconds off his lifetime-best. Kravitz is a St. Petersburg Aquatics swimmer who just graduated high school and will join Finke and Smith at the University of Florida in the fall. His time drop over the weekend constitutes a new Olympic Trials cut, with USA Swimming confirming that Trials standards will remain intact despite the one-year Olympic delay.

Yet another Florida Gator was third in that race: Brennan Gravley in 8:12.47.

A few other notable swims from the dual meet:

The 2020 US Olympic trial standards remain in effect through at least December 31, 2020:

This was another Saturday morning 6:00AM practice and 7:00AM meet. Both teams did an hour practice, 10 minute break to put old fastskins on. Then step up on the block and go for it. The entire meet was done by 9:00AM followed by a 30 minute warm down.