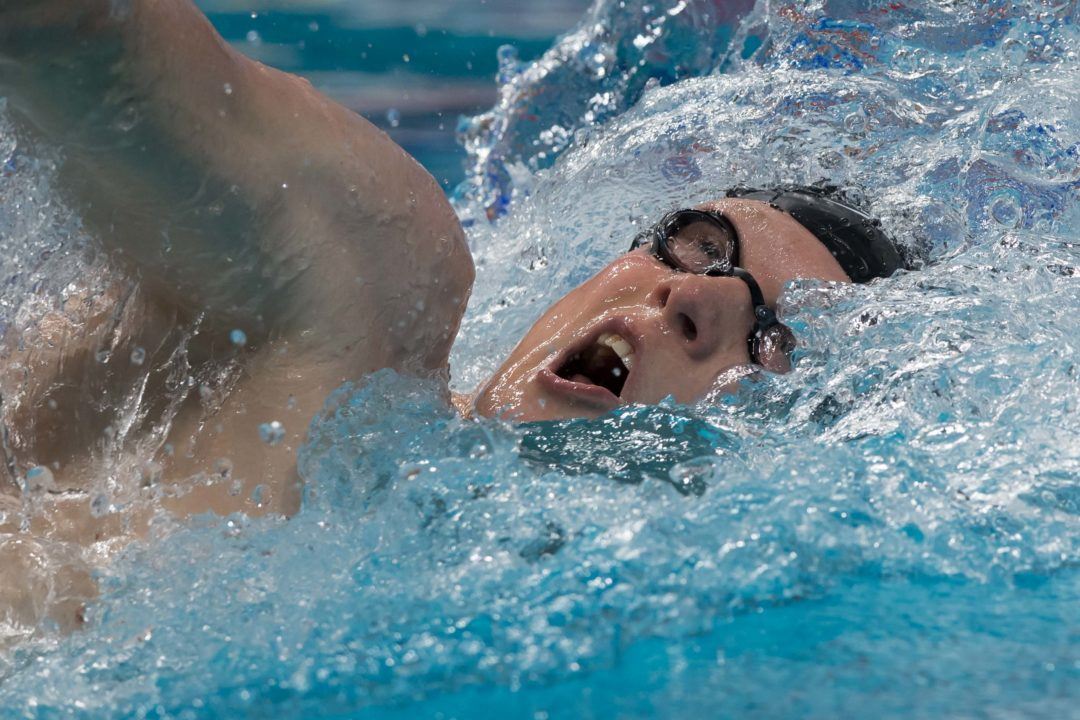 23-year-old Felix Auboeck checked in with a Tokyo-worthy 400m freestyle time today in Graz, giving him his 2nd event for the Olympic Games. Archive photo via Mike Lewis/Ola Vista Photography

Another day of swimming at the 2020 Austrian Championships brought another Olympic qualifier, as 23-year-old Felix Auboeck checked in with a Tokyo-worthy 400m freestyle time today in Graz.

After casually establishing himself as the top-seeded swimmer at these championships with a morning swim of 3:57.53, the former Michigan Wolverine turned things on big-time to crank out a winning mark of 3:45.60 in tonight’s final.

Tonight’s performance checks-in as Auboeck’s 4th fastest performance ever, although he was lightly quicker last week. At the 4 Nations meet, the Loughborough-bound man produced a mark of 3:45.00 for his 2nd fastest all-time; however, that competition was not FINA-sanctioned as an Olympic qualifier.

Auboeck had already qualified for Tokyo in the 800m free, so his 400m free victory makes it event #2 for the Austrian. He’ll also be taking on the 200m free tomorrow on the last day of these championships.

Said Auboeck of his race, “I am very happy that I did it today. It was very important to me. Above all, that I swam such a good time again and I did the 3:45 more often and it was not a one-day performance.

Looking forward to the 200m free, Auboeck will need at least a time of 1:47.02 to secure the FINA ‘A’ cut for Tokyo in the event. He proved he has what it takes to get it done, having already fired off the fastest time of his career at the aforementioned 4 Nations meet, establishing a new Austrian national record of 1:46.62.

“I know I can swim it. I have what it takes, I will go into the race and hope that I can do it,” says Auboeck.