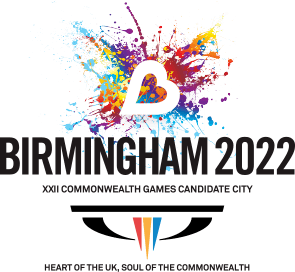 With the city of Durban, South Africa officially stripped of its 2022 Commonwealth Games hosting duties earlier this year, the Commonwealth Games Federation is on the hunt for a replacement city. Current photo via birmingham2022.com

With the city of Durban, South Africa officially stripped of its 2022 Commonwealth Games hosting duties earlier this year, the Commonwealth Games Federation is on the hunt for a replacement city. Among the nations of Canada and Malaysia vying for a possible bid, England has thrown its hat into the ring.

Between two possible cities of Liverpool and Birmingham, England’s Department for Digital, Culture, Media and Sport have confirmed that it will indeed back Birmingham’s bid to host the 2022 Commonwealth Games.

A major city in England’s West Midlands region, Birmingham would utilize its existing four indoor arenas of the NEC, Genting Arena, Barclaycard Arena and Symphony Hall for various competitive events. Birmingham’s Victoria Square and Royal Leamington Spa’s Victoria Park have also been identified as potential venues, though final plans have yet to be released.

The only new-build venue within Birmingham’s bid would be the new Sandwell Aquatics Centre, set to host Swimming, Para Swimming and Diving.

Among those supporting a Birmingham bid for the 2022 Commonwealth Games is 5-time Paralympic swimming champion Ellie Simmonds. “It is great news that the West Midlands will finally be getting a world-class competition standard swimming pool. When I was a youngster progressing up the rankings I had to move from Walsall to Wales in order to find facilities of the standard I needed to train.

“The Birmingham 2022 Commonwealth Games and the Sandwell Aquatics Centre will inspire the next generation of swimmers as well as encourage the local community to enjoy swimming and diving and learn a valuable life skill.

“I am so excited about the possibility of the Commonwealth Games coming to Birmingham and urge everyone to back the Birmingham Bid.”