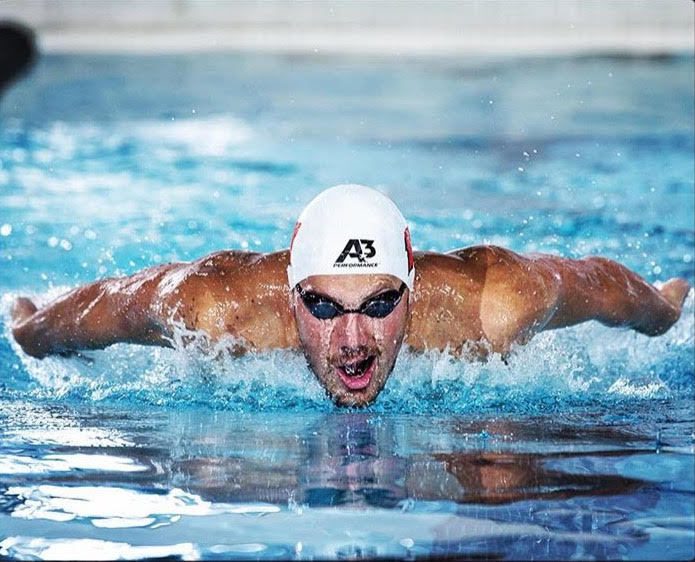 The Wisconsin Badgers have had some of the best success amongst all teams in the Big Ten when it comes... Archive photo via University of Wisconsin Swimming & Diving

The Wisconsin Badgers have had some of the best success amongst all teams in the Big Ten when it comes to perfecting the collegiate double taper. With standout performances coming at Big Tens and NCAAs in the last four years from swimmers such as Drew teDuits and Michael Weiss on the men’s side, and Ivy Martin on the women’s side, the Badgers have clearly developed a formula that works in Madison under the tutelage of Coach Whitney Hite. Next up we have Austin Byrd out of Chippewa Falls, Wisconsin, and if history is anything to go by, it should be expected that this senior will be a force to reckon with in West Lafayette this week.

A three sport athlete in high school (Golf + Cross Country on top of Swimming), Byrd made a name for himself on the high school scene while representing the Chippewa Falls Cardinals. He would take home two state titles during his high school career (100 back in 2011 (50.74) and 2012 (49.88)), and he also narrowly missed out on a third state title when he took runner-up honors in the 200 IM (1:51.88) as a senior. Additionally, Byrd would also set seven individual school records while also contributing legs on the record-setting 200 medley relay and 400 free relays as a senior.

In the club swimming realm, Byrd swam for the Eau Claire YMCA Marlins and was a 9-time finalist at various YMCA National meets during his career. Career-high finishes included a pair of 4th place finishes at the 2012 Spring YMCA National Championships in the 100 back (49.51) and the 200 back (1:48.71).

Despite how consistently good Austin Byrd has been for the Badgers during Championship Season, he has already made a statement with his swims from Wisconsin’s mid-season meet last December. Competing at the Texas Swimming & Diving Hall of Fame Invite, Byrd raced to lifetime bests in the 100 fly (47.71), 200 back (1:42.47), and the 200 IM (1:47.66). With his 200 back sitting at 22nd in the country after the completion of SECs and before the onset of the Big Ten Championships, Byrd has got to be feeling good about his chances to make NCAAs for the first time in his career in 2016. Look for Austin to leave it in all in the pool as he leads a young Badgers squad into battle on Wednesday.

School Major/Degree: Double Major in Mathematics and Economics
Favorite Event:  200 Backstroke
Favorite Hobby:  Golfing
Favorite Movie:  Caddyshack
Person You’d Like to Meet Growing Up: Aaron Peirsol
Favorite Food/ Pre-Race Meal: My parents buy me a lot of quinoa and brown rice so I usually eat that when were home, but I try to stay as healthy as I can when I’m away, Panera is always a great go-to.

I was four. I failed a few swim classes, then after being yelled at I focused, did well, then was recommended to join the local swim team very quickly.

Freshman year B1Gs, that’s when I realized how competitive the NCAA really is and that’s when I started to actually get pretty decent at swimming.

You had a VERY good mid-season meet at the Texas Swimming & Diving Hall of Fame Invitational, and you snared personal bests in the 100 fly, 200 IM, and 200 back in the process. Notably, your 200 back time (1:42.47) is just a half-second off the time that it took to qualify for NCAAs last season. How did that meet set you up for the second half of your season, and do you feel like you have a lot of momentum to work with heading into your final Championship season with the Badgers?

I am very pleased with how I did at Texas, I wasn’t expecting too much and going mostly best times really boost my confidence going into our training trip in Hawaii. I believe our team has a lot of momentum heading to B1Gs, we all have lofty goals and we’re confident we can reach them. We’re at the point in taper where we’re all energetic and having a good time.

You trained with Drew teDuits, the subject of our Senior Spotlight for the Badgers last year, for three years. As many of our readers know, Drew exploded onto the NCAA scene during the second half of his career with the Badgers, including his win in the 200 back at the 2013 NCAA Championships. Do you feel like having a teammate like Drew to train with helped you develop your own backstroke potential to new heights?

Training with Drew was great, it’s good to have a training partner better than you, and having an NCAA champion is even better. He’s a big reason for my success freshman year. But I have to give credit where credit is due and also thank the rest of the backstroke crew here, I wouldn’t be where I am today with out Ryan O’Donnell, Todd McCarthy, and sometimes Brett Pinfold when he isn’t too busy being a freestyler.

Definitely being able to enjoy the sport. I love swimming, I love everything about it including waking up at 5 AM for a Tuesday morning practice. I believe that is a big reason why I have had so much success in college. I believe taking that love for the sport here to Wisconsin has been a major key to my success, I find it hard to believe that I would have received better training with better people elsewhere in the world.

I will still have Olympic Trials in the summer which I am very excited for. After that I will have one more semester here where I’m going to try to get an internship.

It’s hard to say from my perspective, but I believe a lot of people will be surprised. We are definitely going to put a lot of names out there that people won’t be familiar with. Four years ago we only had five people score, so I hope after this year people will realize how far we have come and that we will be a force in the B1G this year and for many years to come.