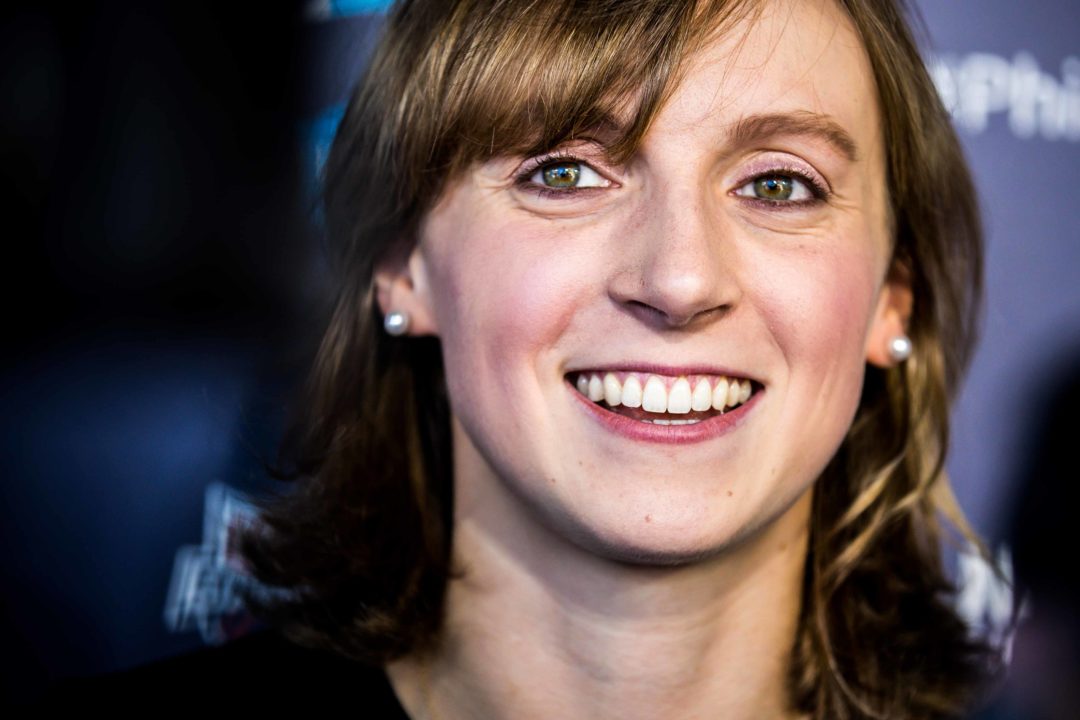 Olympian Joseph Schooling took gold in the men’s 100m fly at the 2016 Games in Rio and has been a superstar in his home nation ever since. The 24-year-old former Texas Longhorn’s latest accomplishment is taking place outside the pool, where the Singaporean just launched his own line of skincare products.

Teaming up with aesthetic doctor Dr. SM Yuen from Atlas Medical – Laser & Aesthetics Clinic, Schooling has helped create a range of unisex beauty products that he hopes will help educate consumers on the importance of taking care of their skin.

“My teammates used to laugh at me because I was the only one on the team who moisturized. We used to have our training [sessions] at the Toa Payoh pool where the chlorine level was super high. When I got out of the pool, my skin looked ashy and flaky. Our hair used to be bleached blonde and I had white patches all over my body and neck,” said Schooling. “So at age 11, taking care of my skin became a daily routine. It was something I had to do, otherwise, I’d feel uncomfortable.”

15-year-old British swimmer Katie Shanahan has been making a name for herself as of late, with the City of Glasgow swimmer reaping half of her nation’s gold medals at this year’s European Youth Olympic Festival in Baku, Azerbaijan.

For her efforts, as well as her future promise, teen Shanahan has been shortlisted out of approximately 1,000 candidates for the annual SportsAid One-to-Watch Award

“I’ve achieved so much over the last year, but the highlight has to be being nominated for awards like this one with SportsAid,” said Shanahan of her nomination.

“It was such an amazing opportunity to compete at the European Youth Olympic Festival. I didn’t even expect to medal, let alone break any records, especially because it was such a high-level meet.

“I was also lucky to race at Mare Nostrum in Barcelona, but I knew that one was going to be completely different. I was coming up against Olympians, Commonwealth, and European champions and I was so pleased to be almost as fast as some of the swimmers I have always looked up to.”

As for Ellie Challis, she, too, has been nominated for the award, following a record-breaking 2019 in the pool. The 15-year-old busted out the SB2 class 50m breast World Record at the British Para Swimming International Meet in Glasgow.

“It’s lovely to be recognised for the One-to-Watch Award and for all my achievements. It’s really nice and it’s that recognition at such a young age that makes it so special for me.”

The winner of the One-to-Watch Award will be revealed at the charity’s Celebrate the Next event on Tuesday, November 19th.

Olympic champion Cate Campbell averted a melanoma scare in November 2018 when the Aussie had a mole removed, only to find out it was indeed cancerous. Since then, C1 has been on the awareness train, helping fellow Australian citizens be more skin-conscious and educated when it comes to the effects of the sun.

Most recently, Campbell has been named as teh face of Melanoma Institute Australia’s ‘Game On Mole’ campaign.

Says C1 of her ambassadorship, “I’m actually quite a private person, but … I only went and got a skin check after running into someone who had their own melanoma story to tell.

“If I hadn’t met them on the off chance, would I have gone for that skin check?

“I’d like to think so, but I can’t be sure and I may still be walking around with melanoma in my arm possibly heading into my bloodstream, which could have caused more complications than just a scar.

“So I felt like I had an obligation to share my story and to be a part of the Game On Mole campaign.

“If by sharing you can save one person, or if one person hears the story and goes and gets their skin checked, then I think that that’s a win.”

Worldwide Payment Technology Partner of the Olympic and Paralympic Games, Visa, announced its roster of athletes on Team Visa Tokyo 2020. The more than 70 athletes span 30 sports and represent 43 nations, the most in Team Visa history.

“As one of the longest-standing partners of the Olympic and Paralympic Games, Visa looks forward to Tokyo 2020. Set to be the largest Games yet, Tokyo 2020 will feature 7,000 hours of broadcast programming and three billion minutes of streamed content,” said Chris Curtin, chief brand and innovation marketing officer, Visa.

“Our Team Visa Tokyo 2020 roster reflects The Games themselves: globally diverse, representative of new emerging sports and larger than ever. We are proud to reveal this year’s Team Visa roster and support these athletes as go for Gold in Tokyo.”

Founded in 2000, Team Visa has championed nearly 500 athletes. Each has been selected based on athletic achievements, character and personal journey, and is representative of many of Visa’s brand values and priorities.

American Olympic icon Katie Ledecky has been named to the Visa roster, along with Adam Peaty of Great Britain, Florian Wellbrock of Germany, Daiya Seto and Kanako Watanabe of Japan, Dmitriy Baladin of Kazakhstan, Tatjana Schoenmaker of South Africa, Gregorio Paltrinieri of Italy, Daniel Dias of Brazil, Aurélie Rivard of Canada, Teresa Perales of Spain and Yelyzaveta Mereshko of Ukraine.

As a swimmer, its important to have healthy skin…especially when you break world records in practice from a push