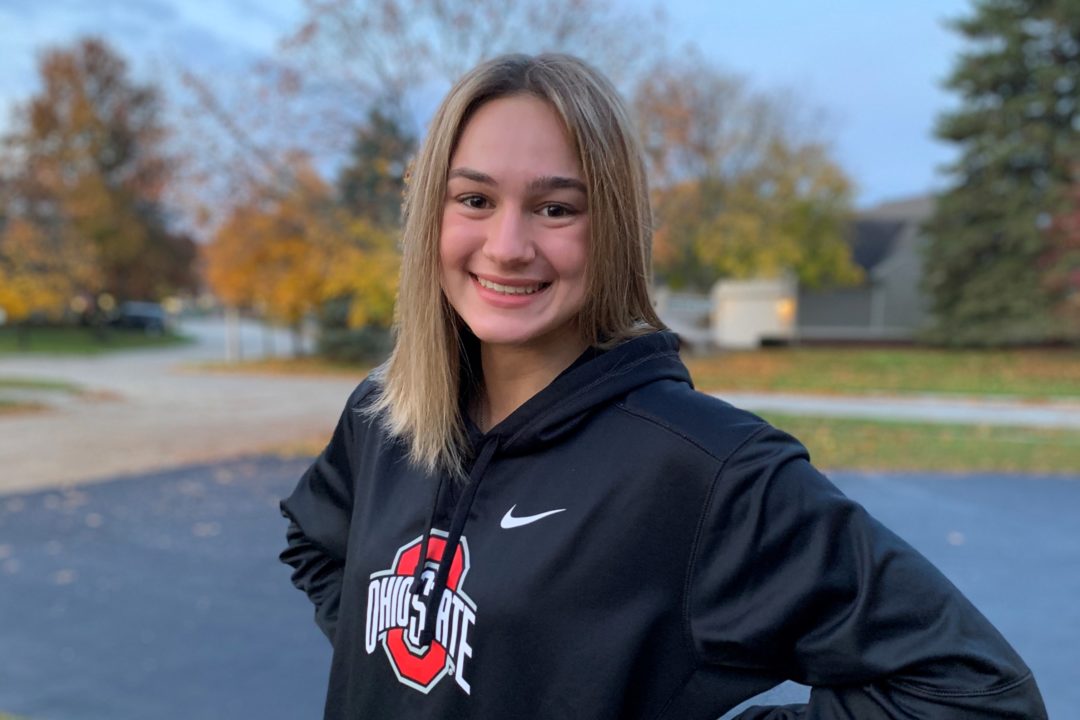 Cranbrook Kingswood took the MHSAA Girls DIII state title this past weekend, taking all 3 relays, as well as a few individual events.

Gwen Woodbury, a Cranbrook senior and Ohio State Buckeyes recruit, was dominant in her individual races. Woodbury took the 200 free with a 1:48.31, breaking the Lake Orion pool record of 1:49.56. She got her hand on the wall first by over 5 seconds, and the swim marked a new personal best for Woodbury by .54 seconds. Woodbury went on to win the 100 free with another personal best of 50.29 (previous best – 50.96). The swim was another pool record, breaking Ashley Turak’s mark of 50.82, and was good enough to win by over 2 seconds.

Ginger McMahon, a University Liggett junior, won the 100 breast with a 1:03.31, getting her hands on the wall 1st by 3 seconds. McMahon won the event as a freshman 2 years ago, but didn’t compete at the state meet last year. The 1:03.31 comes in just off her personal best of 1:03.17, which she swam just a month ago.

Flint Powers Catholic senior Lara Wujciak won the 100 fly by a sizable margin, swimming a 56.77. The swim came in just off her personal best of 56.61, which she just swam a month ago at the OLY Invite.

Plainwell HS junior Riley Nugent won the 500 free for the 3rd-straight year, keeping her perfect in the event at the DIII state meet. Nugent clocked a 5:06.47, which was a bit off her previous winning times and her personal best of 5:00.01, however, it was plenty enough to get another state title under her belt.

Gwen Eisenbeis (Williamston HS) took the 50 free with a 23.87, coming out on top in a photo-finish with Hamilton’s Hannah Fathman (23.88). Otsego HS junior Abie Sullivan dominated the diving event, winning by over 100 points. Sullivan tallied up a total score of 455.50.