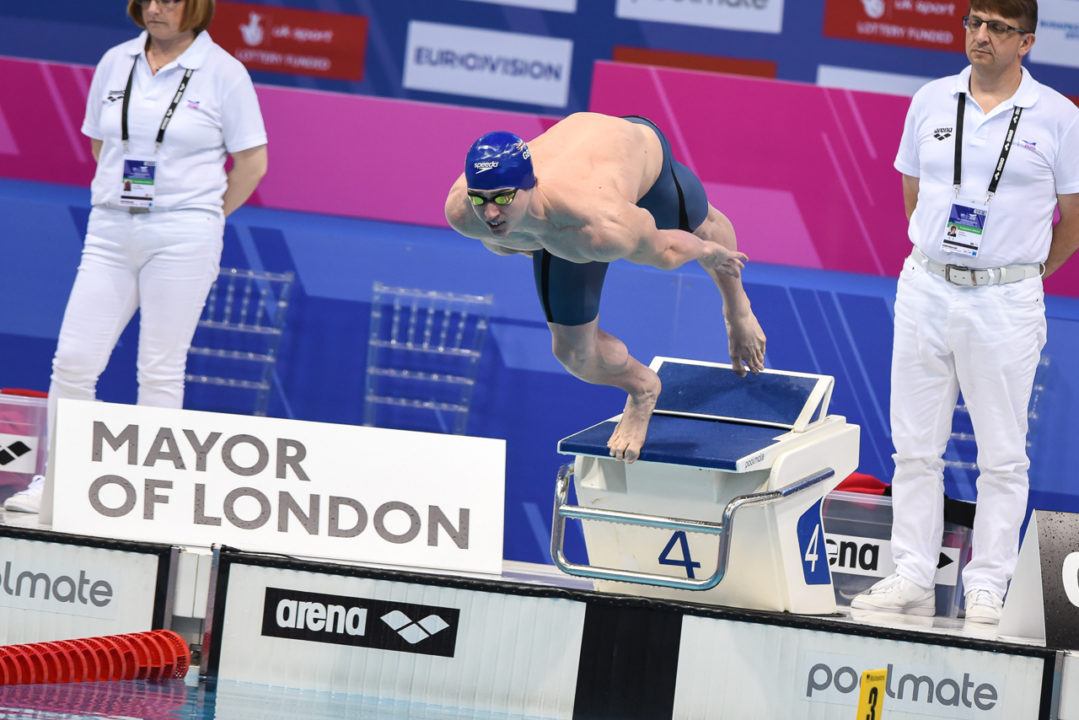 Just weeks after international swim club Energy Standard announced its newest member in South African Cha Le Clos, another Olympic finalist has decided to try the Belek, Turkey club on for size. Double Commonwealth Champion Ben Proud arrived in Turkey this week and will be training under Head Coach James Gibson, himself a former World Champion, for the foreseeable future.

Proud’s move to Energy Standard is in the wake of the sprinter’s former coach of 5 years at Plymouth Leander, Jon Rudd, having moved on to Swim Ireland in the role of National Performance Director. Just announced, Rudd will also now be joined as John Watson as the new Head of Performance Support and Strength and Conditioning Practitioner.

Training at Gloria Sports Arena, considered to be one of the best training centers in Europe, Energy Standard represents a unique collaboration of athletes and coaches from Russia and Ukraine. Conceived in 2012, the club is financed by well-known Ukrainian businessman and philanthropist Konstantin Grigorishin, with Andrea di Nino serving as Chief Consultant. According to its website, the main objective of Energy Standards is to ‘support and develop talented, young swimmers who dream of Olympic gold.’

Two of the club’s most notable athletes are Evgeny Rylov and Mykhailo Romanchuk of Russia and Ukraine, respectively. Rylov scored a bronze medal at the 2016 Olympic Games, earning a new European Record in the process. Romanchuk earned two bronze medals at the 2016 European Championships in London this past Summer, touching in 3rd in both the 800m and 1500m freestyle events.

Of his overseas move, Proud told The Plymouth Herald, “It’s just while the dust settles here [in Plymouth]. I’ve got a training programme out there with a coach I know, so that’s just going pass the time until I know for sure what I want to do.

“I’m still looking to go to the World Championships this year and hopefully battle onto the podium. And then, obviously, Commonwealth Games is coming up quite quickly.”

As for why he selected Energy Standard, Proud commented, “It’s a great set-up. They’ve got everything you need in terms of training environment, everything is pretty perfect.”

Although the British National Record Holder did stress the move is most likely temporary, commenting, “Plymouth is my home now, so to leave here would be a bit of a shame and a strange feeling, but it’s not going to be permanent, so I may be back here in two months.”

Gibson is excited to get started with Proud, telling SwimSwam this week that “I’ve worked with Ben on the British National team since 2013, so we have a good history.”

In terms of any event change-ups for the typical 50/100m freestyler and 50m butterflier, Gibson tells SwimSwam of Proud, “We will evaluate Ben’s race priorities over the next few weeks and make a decision from there. All options are ready to be explored.”