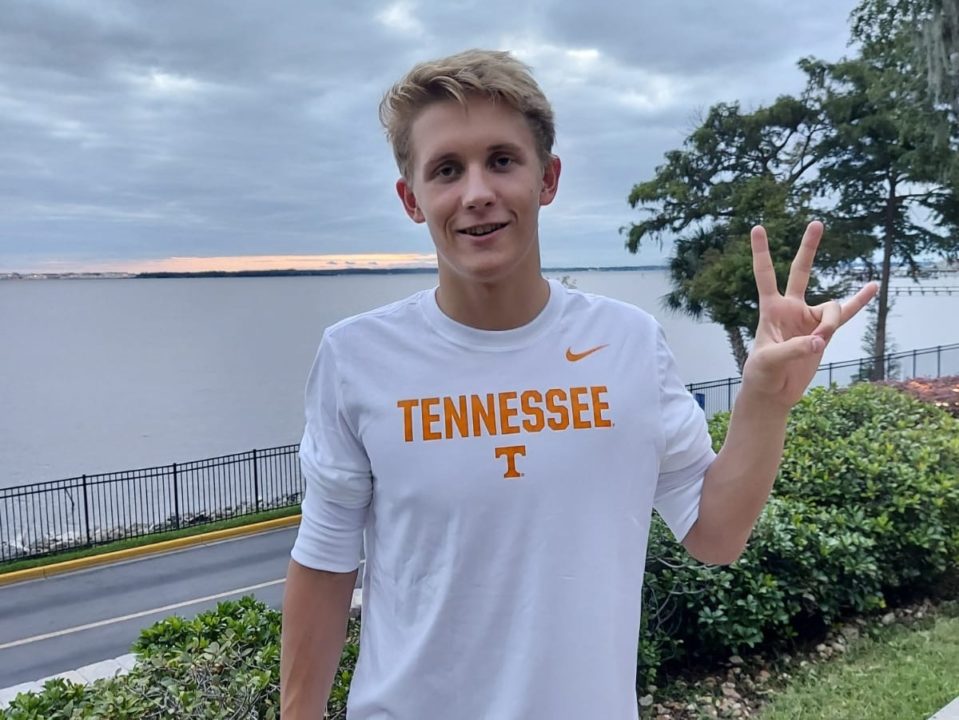 16-year old Bolles swimmer Martin Espernberger won the 200 fly in a new lifetime best to lead a parade of fast times on Saturday at the Dynamo Long Course Elite Meet in Chamblee, Georgia.

The event has attracted big teams from around the southeastern United States, including the Nashville Aquatic Club, Bolles School, the Bluefish club in New England, and the powerful women’s post-grad group from the University of Tennessee.

The 17-year old Espernberger is a member of the Austrian Youth National Team and is an Austrian Youth Record holder, though he trains in Florida at the Bolles School.

In Saturday’s 200 fly, he swam 2:00.85 to win in the final, which knocks two-tenths of a second off his previous best time from last July.

He’s committed to join the Tennessee Volunteers collegiate program in the fall of 2022.

18-year old Nashville Aquatic Club star Gretchen Walsh, a University of Virginia commit, followed her best time of 57.4 in the 100 fly from Saturday with a 24.85 50 free on Saturday.

That’s not quite a lifetime best for her, but she did beat out fellow Olympic contender and Tennessee post-grad Erika Brown (25.29) for the second time this weekend, which should be a good confidence boost for the teenager.

LSU sophomore Katarina Milutinovich finished 3rd in 25.83. That’s her first career time under 26 seconds after being stuck at 26.0 for almost 4 years. That makes her the fastest Russian this year in the early-going, though most of the country’s top sprinters (like Maria Kameneva and Arina Surkova) haven’t raced yet in 2021.