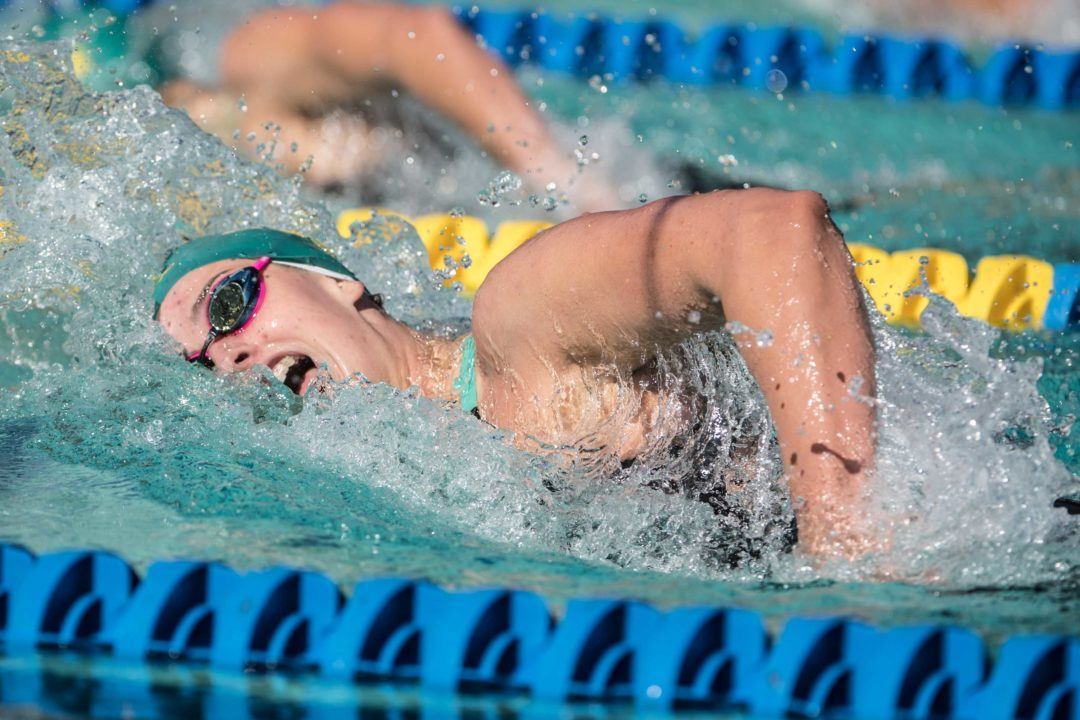 Five-time Olympic medalist Brittany Elmslie, whose international accolades include being part of Australia's record-setting 4x100 free relay at the 2016 Rio Games, announced her retirement at the age of 24 today. Current photo via Mike Lewis/Ola Vista Photography

Five-time Olympic medalist Brittany Elmslie, whose international accolades include being part of Australia’s record-setting 4×100 free relay at the 2016 Rio Games, announced her retirement at the age of today on Instagram, just two months shy of her 25th birthday.

THANK YOU SWIMMING❤️ It as challenging to have to summarise my swimming journey. After 12 years of dedicating my mind, body and soul to the pursuit of excellence I can proudly announce that my competitive swimming journey has come to an end. I can’t put into words the amount of respect I hold for the sport and the incredible people who I have shared this chapter of my life with. 2 Olympic Games, 2 World Championships, a Commonwealth Games, a Pan Pacs, a World Short Course, multiple World Cups, multiple junior AUS teams and countless domestic competitions are just the surface of the opportunities I have been fortunate enough to experience. I am incredibly proud of the medals I won throughout this journey yet the thing I am most grateful for are the unforgettable memories I made with so many amazing humans.

The positive impact Swimming has had on my life is overwhelming which is why I will still be passionately involved with giving back to the sport that gave me so much. Life is too short to waste any days not challenging yourself. Sometimes that means letting go of something that once was the spark of your purpose but as you grow as a person I have learnt that the spark shifts and you owe it to yourself to continue chasing what makes you feel most alive!

Elmslie first emerged on the junior scene, representing Australia at junior international meets as a teenager. She made her first senior international team in 2012 when she was selected for multiple Olympic relay squads. In London, she earned a gold medal as part of the 4×100 free team, where she swam finals, and she also earned two silver medals for her prelims swims on the 4×200 free and 4×100 medley relays.

Since then, Elmslie has been a relay fixture for Australia, earning another two Olympic medals, three long course and two short course World Championship medals, two Pan Pacific medals, and three Commonwealth Games medals. Most of that hardware came on relay teams, but she took gold in the 100 free at the 2016 Short Course World Championships in Windsor, and bronze in the 50 fly at the 2014 Commonwealth Games in Glasgow.

She was also slated to compete at the 2015 World Championships, but had to pull out due to surgery to remove a tumor. She recovered from that surgery well, and joined with Emma McKeon, Bronte Campbell, and Cate Campbell to break the 4×100 free world record in Rio, where she split a 53.12 as part of a 3:30.65 effort. Three of those four swimmers again broke the world record last year, with Elmslie being replaced by Shayna Jack.

Elmslie most recently competed at the Australian Nationals, where she finished 8th in the 100 free with a time of 55.72. While she might have been able to compete for a relay spot for this summer at June’s trials, she ends her career with plenty of international accolades, an with the Australia women still looking strong after three swimmers went 53.2 or faster two weeks ago.

Congratulations on your career Britta, to come back after 2015 for Rio you little champ. Thanks for publishing the Harpers article Miss M, beat me to the punch posting it. Just goes to show behind every happy face is a person fighting their battles.

She was a solid performer in those medal-winning relays. She gave AUS the depth they needed to beat the USA at the Olympics.

As another poster has commented, a career CV with 5 Olympic medals (2G/3S) & 3 LC Worlds medals is one that most elite level swimmers would happily “sign off” on. Coming back from a serious health scare in 2015 is also nothing to scoff at. Its true to say that her career post Rio has essentially been in a state of limbo with her performances a couple of levels below her previous standards but … “knowing when to leave” is far from an exact science. I wish her all the best in her future life

Sounds like a perfect new Aussie SwimSwam marketer/reporter with her degree! New host of “Swimming Down Under”, a weekly podcast with cohost Ian Thorpe! I’m just saying…

that could be great indeed for her .

A very reliable relay swimmer for Australia, helping the women’s team be 6 from six in relays from London and Rio. No too many swimmers retire with 5 Olympic medals (2G 3S).

Yay!! Congrats to all your hard work and achievments in the pool and even more so on land! Kudos! So much more to look forward to 🙂