Aussie Star Brittany Elmslie Out of Worlds After Tumor Surgery 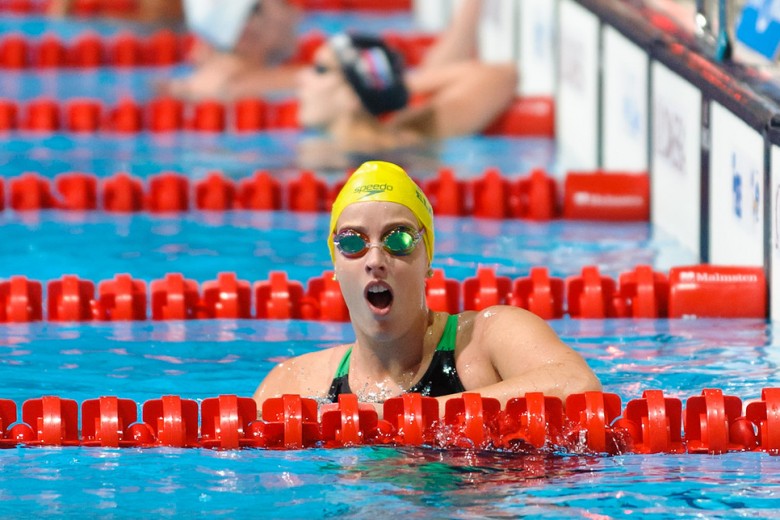 Swimming Australia has announced that Brittany Elmslie has withdrawn from Team Australia for the 2015 FINA World Swimming Championships in Kazan, Russia. Elmslie underwent surgery three weeks ago to have a benign growth removed from a breast, and felt she wouldn’t be ready to perform at her highest level in Kazan.

At 21, Elmslie is one of The Dolphins’ more decorated international swimmers. She won Olympic gold in London in 2012 as a member of Australia’s 4×100 freestyle relay, and silver medals in both the 4×200 freestyle relay and 4×100 medley relay.

Elmslie had been named to Team Australia to compete in the 4x100m and 4x200m freestyle relays in Kazan. National Head Coach Jacco Verhaeren has not yet announced whether or not he will replace her on the roster, and if so, with whom.

Elmslie is reportedly turning her focus to getting ready for the upcoming Australian Olympic Trials, which will take place in April 2016 in Adelaide. She is the second member of the Dolphins team to withdraw from the team; James Magnussen pulled out last month and has since undergone shoulder surgery.

Scary stuff. 21 is far too young for a woman to have to worry about whether the lump is just a cyst or something far worse. Best wishes that she does not have recurring problems.