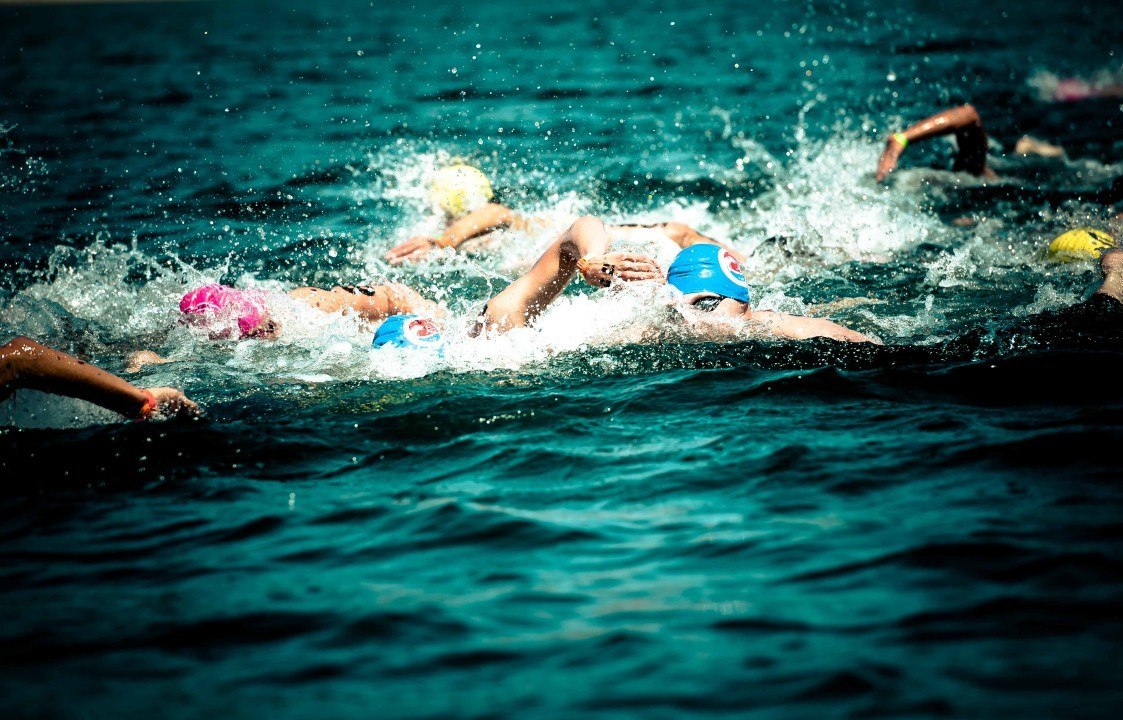 Day 2 of the 2017 Australian Open Water National Championships took place at Brighton Beach today, with the men’s and women’s fields taking to the 5k course. Whereas the top 4 finishers in Friday’s 10k move on to the Abu Dhabi World Cup in the hopes of claiming an Aussie World Championships roster spot, today’s top 2 Australian finishers in men’s and women’s each move on directly to the 5k event in Budapest.

Once again leading the men was Canadian Eric Hedlin, who doubled up on his earlier 10k win with a victory in the 5k race. 54:18.90 was the time it took the 23-year-old to slap the finish line, marking the only swimmer to clock a time under 55 minutes. Right behind, however, were two eager Aussies, led by Chandler’s Jack McLoughlin. He and Jarrod Poort, both 2016 Olympians, finished in 2nd and 3rd places in Adelaide today, respectively, moving on to the 5k in Budapest.

Below is the Swimming Australia 2017 World Championships qualifying criteria for both the men’s and women’s 5k and 10k open water events:

OWS 10km event a) The two highest ranked available Australian male and female finishers in the 10km event at the 2017 FINA World Cup in Abu Dhabi, UAE will be selected provided they meet the below: i. Finish in the top 10 two per nation; or ii. Finish within 16.00 seconds of the overall race winner. b) Should no male and/or no female athletes qualify under 1a above, then the highest placed Australian athlete will be considered for selection on the World Championship team provided they finish within 31.00 seconds of the overall winner.