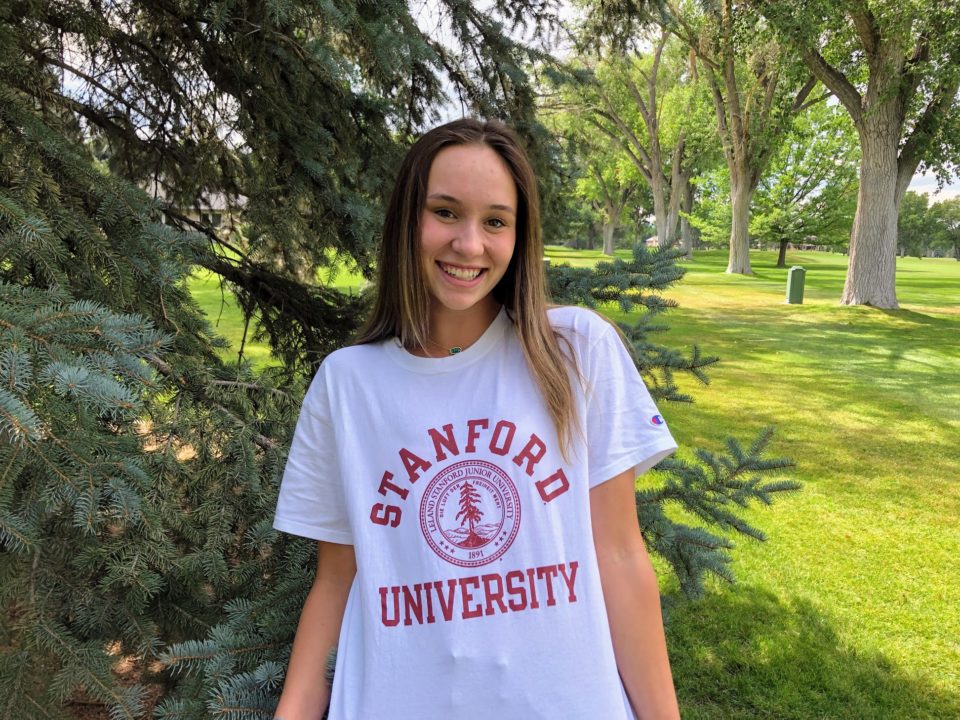 Shaw took down Colorado HS state records in the 50 free and 100 free, both previously held by Missy Franklin. She also split 47.4 on the 400 free relay.

In the 100 free, Shaw returned, blasting a 48.24 to take over six-tenths off of her old best, becoming the first girl under 50 seconds in the event in 4A history while taking out Franklin’s overall record of 48.45.

The other individual winner for Heritage was sophomore Aislyn Barnett, who clocked a lifetime best 1:02.44 to edge out Mullen teammates Claire Chahbandour (1:02.64), a TCU commit, and Charlotte Burnham (1:02.91). For the freshman Burnham, that was her first time under 1:04.

The other double-winner on the day was Cheyenne Mountain’s Caroline Bricker, a sophomore. Bricker won the 200 IM and 100 breast in 2020, and she defended her 200 IM title with a 4A record of 2:00.87. Instead of the breast, she went for the fly, going 54.51 to take the win in the 100 fly. Cheyenne Mountain won the 4A title last year, but were out of the top five this year.

Another stud on the way to Stanford! No surprise there. Although Stanford is going to need her next year to compete with Virginia. Congrats to Anna!