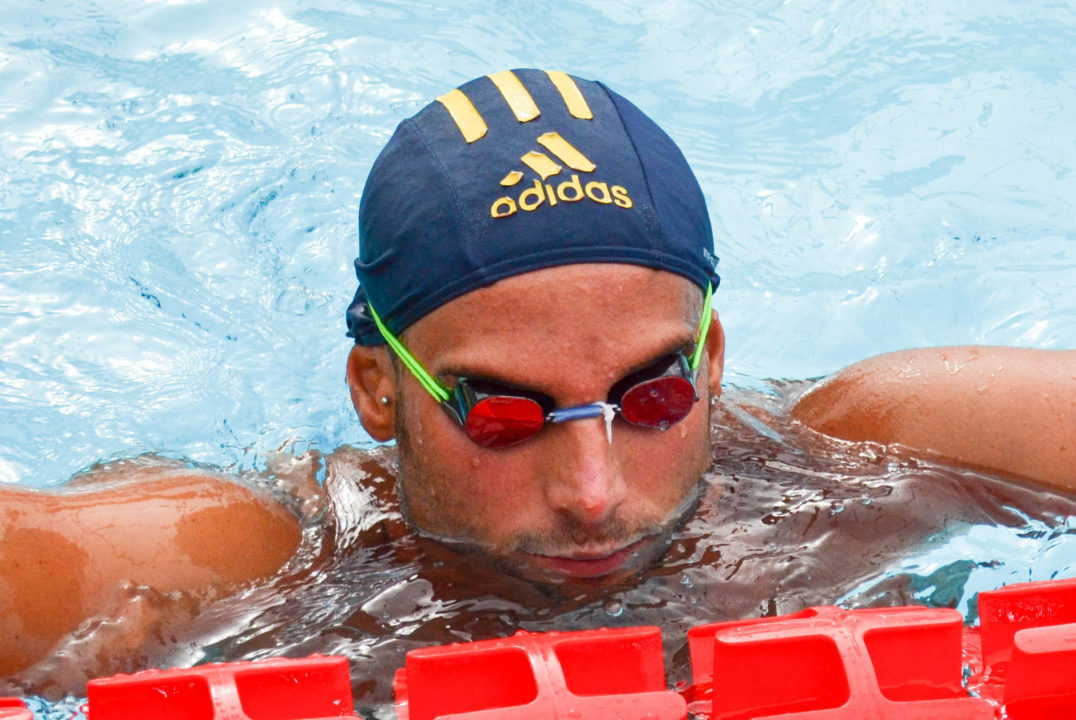 Italian swimmer Alex di Giorgio was given an 8 month suspension in January. The Italian Anti-Doping authority has released documentation about that decision. Archive photo via Giusy Cisale/SwimSwam.com

Read the latest concerning Australia’s Shayna Jack, the freestyle ace who is currently under suspension for having tested positive for a banned substance.

Italy’s National Anti-Doping Organization (NADO) has released documents outlining the reduction of the suspension of Alex Di Giorgio from the statutory maximum of 4 years to just 8 months. That suspension is due to expire on June 7th.

According to SwimSwam Italia’s Giusy Cisale, the committee that heard the case believed an explanation of accidental contamination.

Di Giorgio tested positive for the banned substance ostarina in September 2020, but the amount found in his blood was one nanogram per liter (.001 micrograms per liter).

The court accepted, based on the small amount found, di Giorgio’s defense of accidental ingestion. That allowed the panel to first reduce the suspension from 4 years to 2 years. There is no minimum threshold of ostarine for sanction, however, so that small reading in-and-of-itself doesn’t absolve him of penalty.

While ostarine is not approved for human use or consumption anywhere in the world, it has increasingly turned up in supplements and has seen a growing number of positive tests. By 2018, the most recent report released by WADA, there were 45 positive tests. IN 2018, the Sports Integrity Initiative reported that at least 60 products on its “High Risk List” that contained ostarine.

He most recently trained at the Federal Center of Verona under coach Matteo Giunta in a group that includes the country’s most famous swimmer Federica Pellegrini, along with Stefania Pirozzi, Carlotta Zofkova, and others.

Di Giorgio also must pay the cost of the proceedings, calculated at 378 Euros.

We can thank the Court of Arbitration for Sport (CAS) and the Swiss Federal Court for each athlete being strictly liable for the substances found in his or her bodily specimen. Even at 0.001 micrograms per liter.

It just seems random….. 4 months, 8 months, 2 years, 4 years. Like a lottery depending on which country you are in.

We have to either review the anti doping rules or just ban every and any supplement out there.