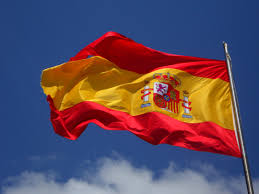 20-year old Africa Zamorano joined the parade of Spanish swimmers who hit qualifying times for the 2018 World Short Course Championships. While a few other swimmers hit new standards, and others confirmed their pre-selected status, Zamorano was the lone new addition to the lineup.

Her qualification came in the 200 backstroke. Swimming with plenty of clean water (she won by almost 4 seconds), Zamorano finished in 2:05.60. That clears .38 from her prior lifetime best and is 8-tenths better than the Spanish minimum for a World Championship invite.

Shortly after her race, Hugo Oliveira, who already won the 200 IM in a qualifying time on Saturday, did so again in the 200 back on Sunday. He swam 1:52.48 to win by more than 3 seconds and match, exactly, the Spanish qualification standard for Worlds.

Qualified Swimmers After Day 4 for the 2018 Short Course World Championships:

Final roster to be confirmed.