Charlotte Bonnet Doubles and Breaks a French Record on Sunday 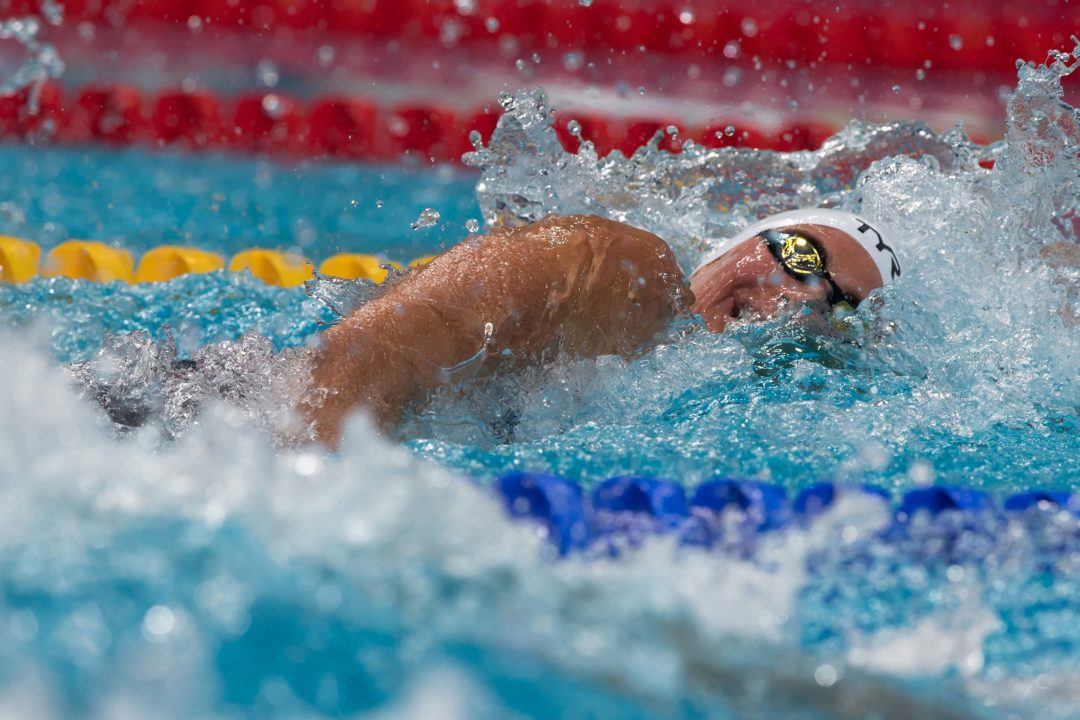 Bonnet said she's still not feeling good about her shape, in spite of winning 2 races and setting a French National Record to finish the meet. Archive photo via Mike Lewis/Ola Vista Photography

French swimmer Charlotte Bonnet polished off her 2018 National Championship meet with her 5th win, and 2nd National Record, of the meet.

Bonnet is best known as a freestyler, but both of her French Records came in non-freestyle events. After swimming the 50 breaststroke in 29.98 earlier in the meet, on Sunday she added a 2nd National mark with a 58.67 in the 100 IM. That breaks her own National Record set at this same meet last year in 58.96.

“It’s a pleasure to both start and finish these championships with French Records,” Bonnet said after the swim. “This week has been very long, I’ve been racing since last Sunday and I’m happy to finish like this. Having a final day with a 400 free and a 100 IM is tough, but now I’m done. I’m not as prepared and fit as I had hoped to be because I had trouble recovering between sessions and races.”

The other big news of the day is that  21-year old Marie Wattel, who was on the European Championship winning 400 free and 400 medley relays, won’t swim at the World Championships. She finished her meet with a win in the 100 fly in 56.92 on Sunday, but says that in concert with coaches and doctors, she’s decided to take a break until January, and then begin training for the long course season.