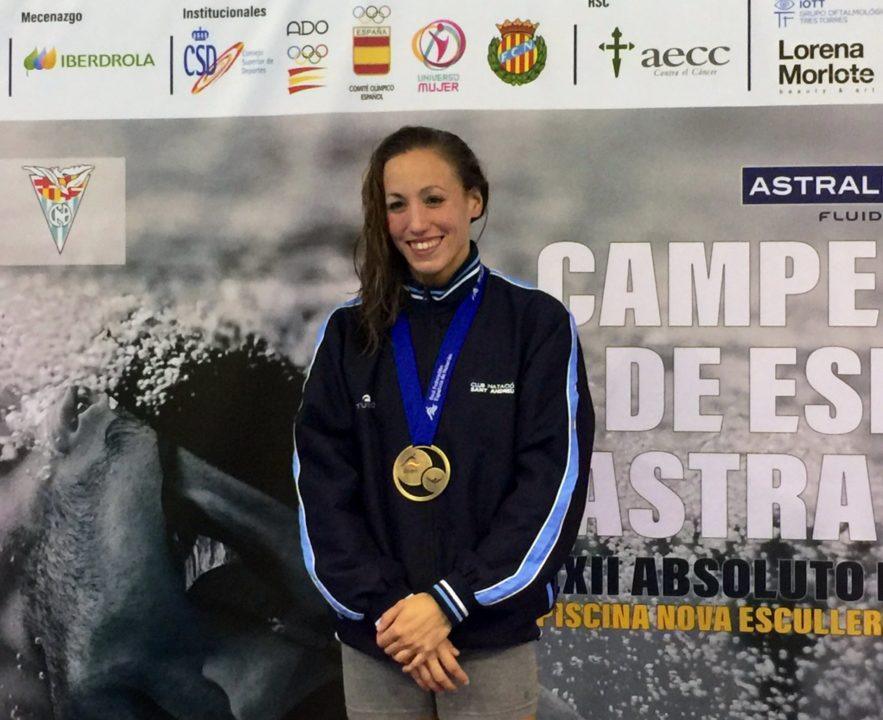 Jessica Vall set a new Championship Record and was one of two swimmers under the qualifying standard for the World Short Course Championships on Thursday – the first day of the meet.

In the final of the women’s 50 breaststroke, she swam a 30.67, which broke her own record of 30.71 set last year. One week shy of her 30th birthday, Vall was one of 6 Spanish swimmers who were pre-selected for the World Championships based on prior results.

The other swimmer to confirm her spot at Worlds was Catalina Corro, who was also part of the 6, but by Spanish regulations had to repeat a FINA “A” cut at this meet to confirm her spot. She did so in the 400 free by swimming a 4:07.03, which slid about a quarter-of-a-second under the requisite FINA standard. She was actually just 2nd in that race, finishing behind 20-year old open water swimmer Maria de Valdes Alvarez, who won in 4:05.93. Her previous best time was 6 seconds slower in 4:11.92 – Alvarez is primarily an open water specialist. That time, while a FINA “A” cut and technically allows Spain to enter 2 swimmers, is slower than the Spanish Federation’s cut time for Hangzhou (4:04.80). It does give her hope for the 800 free later in the meet, where she’d need an 8:24.47 to qualify. Her best time is 8:46.43 done at this meet last year, but she’s due for a huge drop in that time.

Third place in that race went to Paula Juste Sanchez, who swam a 4:07.64. That broke the National Record for 15-year olds that was set over 14 years ago by Melani Costa, who was the 2012 World Champion in this event.