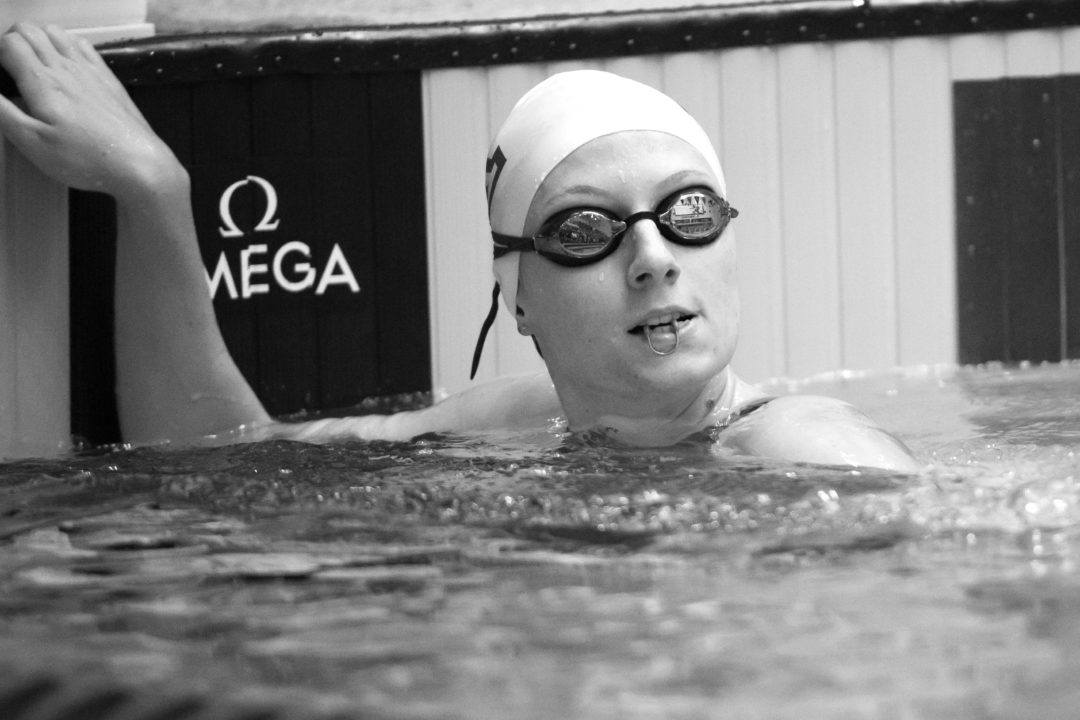 Annie Ochitwa swam the 3rd-fastest 100 fly in the NCAA this morning in 51.37. Archive photo via Mike Lewis/Ola Vista Photography

Two swims really stood out at this morning’s preliminaries on the women’s side: Mizzou’s Annie Ochitwa in the 100 fly and Arkansas’ Anna Hopkin in the 50 free

Courtney Vincent of San Diego State registered a new best in taking 2nd, clocking 52.25 to improve her 52.41 from the 2018 Mountain West Conference Championships. Hopkin also swam this event, qualifying 3rd into the final in a personal best time of 52.61.

Hopkin is a native of Great Britain, previously competing for the University of Bath, and thus hadn’t started racing yards until this season. Her previous best in the 100 fly was a 54.59 from Arkansas’ meet against Mizzou and Kentucky.

In the 50 free, Hopkin once again improved upon her best time of 22.25 from that meet in 21.94, becoming just the third woman sub-22 this season. Ky-lee Perry of NC State was 21.80 this morning at the IU Invite to overtake Abbey Weitzeil‘s 22.04, and Mallory Comerford equalled Hopkin’s time there in 21.94.

On the men’s side, Mizzou took the top seed in three out of four events, with BYU post-grad Payton Sorenson the only non-Tiger leading an event.

Sorenson put up a time of 19.43 in the men’s 50 free, just two-tenths off his best from the 2016 Texas Invite, while Mizzou senior Mikel Schreuders was next fastest in 19.45 to improve his PB of 19.55 from this meet last year. Coming the day that would’ve been the fastest time in the NCAA, but we’ve seen a few faster times at the other invites this morning, including a 19.29 from NC State’s Nyls Korstanje.

Freshman Jack Dahlgren dropped over three seconds from his best time to take the top spot in the men’s 500, slashing his 4:22.96 all the way down to 4:19.67, while his teammate Giovanny Lima was only about a half second off his best in 4:19.91.

That Nick Alexander is some kind of swimmer! He must have had some amazing club coaches growing up!

Are Jack and Kylie brother/sister?

No, they are mutants