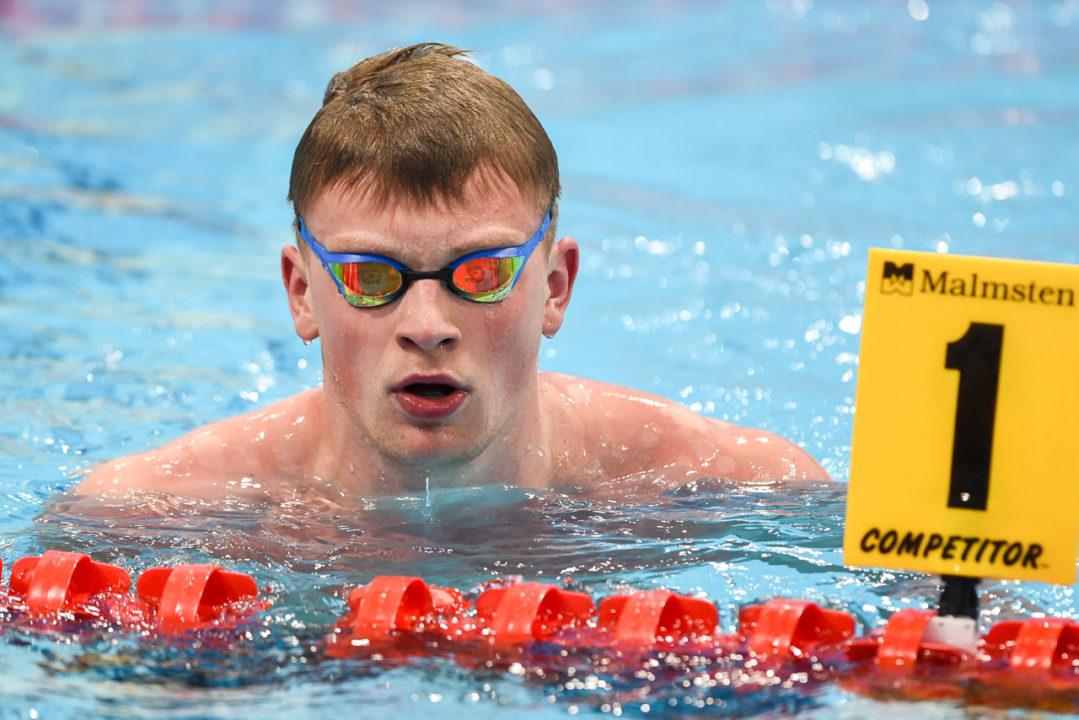 World Record holder Adam Peaty made a definite mark in his first time competing in the USA, this evening during the final day of the 2017 Arena Pro Series Indianapolis stop.

It looked like the U.S. Open record was in danger this morning, after Peaty cruised to a 59.99.  Sure enough, that mark went down tonight, as Peaty dropped a 58.86 to the event by over a second while swimming the fastest 100 breast ever done on American soil.

The previous record belonged to Kevin Cordes, with a a time of 58.94 from last summer’s Olympic Trials in Omaha.  Cordes was racing tonight against Peaty, and finished 4th in 1:00.43.

Compared to Cordes, Peaty was out 0.33 seconds faster, which falls in line with Peaty’s reputation as a speedster.  Cordes was able to close better, which again, makes sense given that Cordes is also a great racer at the 200m race.

Tonight’s swim by Peaty was the fastest in the world so far this season.  Here’s a look at the top five in the event about four months away from World Championships:

Drops a 58.8 with a beard during heavy training after presumably taking some time off… no big deal. How many times has this guy gone 58? And to consider most people can barely do that after years of training for one meet, while he does it consistently and random meets throughout the season.

No joke, I’m pretty sure Adam Mcdonald could beat him. Look him up

I can’t wait to watch when he swims a 56. Hope he saves it for Budapest!

Peaty is in another league…