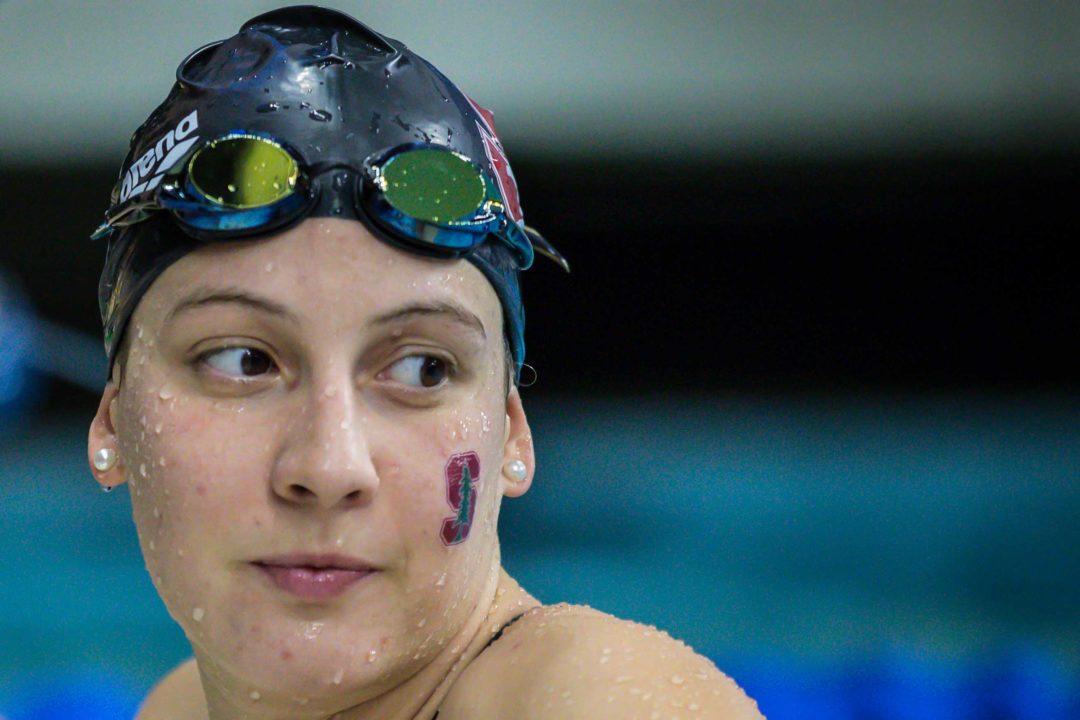 Additionally, Virginia Tech’s Youssef Ramadan scratched his only event for the day, the 100 free. Cal’s Jason Louser decided to scratch the 100 breast and Stanford’s Brooke Forde has dropped the 400 free. While the Ivies did not have a swim season this year, Princeton’s Dylan Porges is also absent from both of his events on the heat sheets this morning, the 20 fly and 400 free.

In contrast to all the collegiate scratches, USC’s Harry Homans will race the 200 fly today and is ranked 14th.

As we reported on Wednesday, U.S. National Teamer Luca Urlando has scratched the meet. Urlando, who still holds the 17-18 National Age Group record in the 200 fly, was ranked 1st in the event this morning. Brazil’s Felipe Lima has also scratched the meet and was the 3rd seed in the 100 breast going into this prelims session.

U.S. Open Record-holder Hali Flickinger has dropped the 400 free to focus on her 200 fly, an event she won silver in at the 2019 World Championships. Olympic medalist Allison Schmitt also scratched the 400 free, but to focus on the 100 free

The women’s 100 free will be missing 3rd seed and four-time Olympic relay medalist Amanda Weir who has scratched the meet. In the men’s event, #9 seed Dylan Carter and Brad Tandy have also dropped out. The men’s 200 fly has been the most impacted by scratches including Urlando, U.S. Olympian Gunnar Bentz, and Ecuador’s Tomas Peribonio.

Thursday’s prelims session of the Pro Swim Series is layered with double swims of the 100 free, 400 free from World Record-holder Katie Ledecky, 100 free / 100 breast from Kathleen Baker and Beata Nelson, and 100 free / 200 fly from U.S. National Teamer Regan Smith. On the men’s side, Ryan Lochte is set to swim the 100 free and 100 breast while Caeleb Dressel will race in the 100 free and 200 fly on his final day of the meet before he leaves to attend his friend’s wedding.

Swimmers who have scratched the meet entirely are marked with an ‘*’

is there a last chance/LCM meet at the PAC-12 site today/this week? I would imagine a number of Pac-12 teams/swimmers would be looking for times (NCAA or Olympic trials).

Yes, it was this am…

Your link to stream doesn’t work