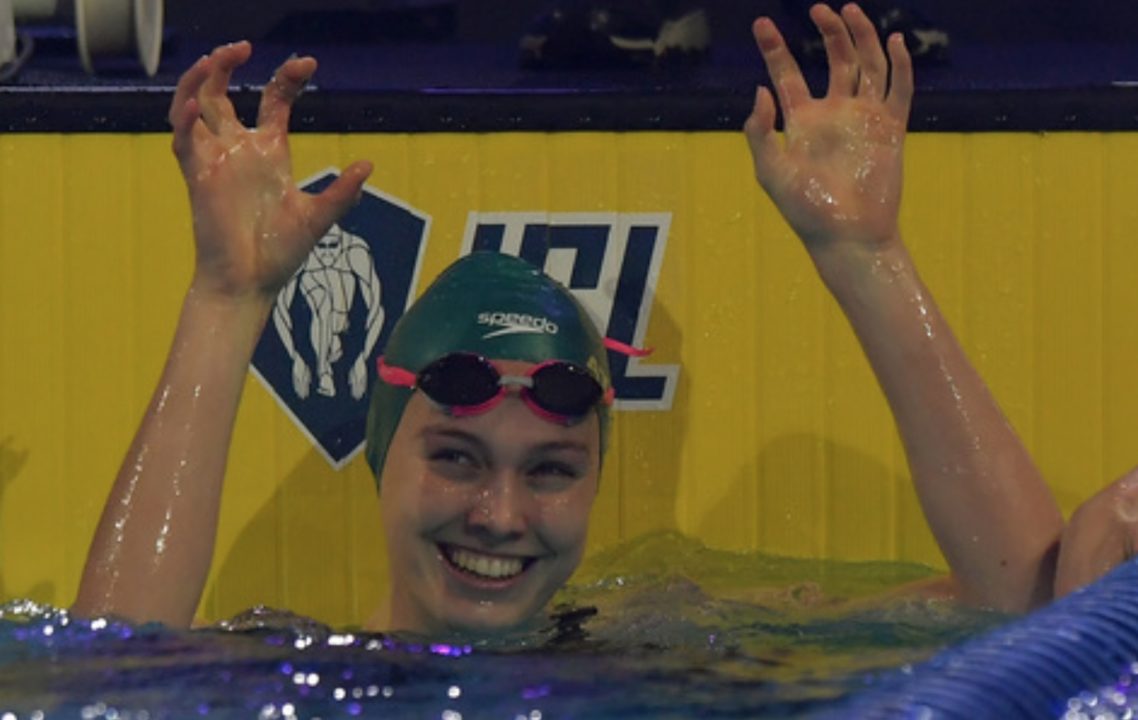 World record-breaker Minna Atherton and the London Roar take on the undefeated Energy Standard team in a derby that could rival the league championship. Archive photo via ISL/Foto Gian Mattia D'Alberto/LaPresse

With two undefeated teams (Energy Standard and London Roar) and an Iron team that beat the American derby champs in a group match, the European Derby could arguably be as strong a meet as the upcoming league championship. Here’s all the links you need to keep up:

It wasn’t a strong event for them and Seebohm can swim it and win medals in it at world cup level so maybe she will have a better chance of getting more points.

In Jinan WC, Australia put Seebohm after Larkin in Mixed medley.. so awkward

I have to say, I did enjoy the little videos in the 10 min breaks like the memory lane. It was a nice touch to be able to see a bit of what the swimmers are like outside of swimming.

BBC are streaming this live in the UK as well 🙂