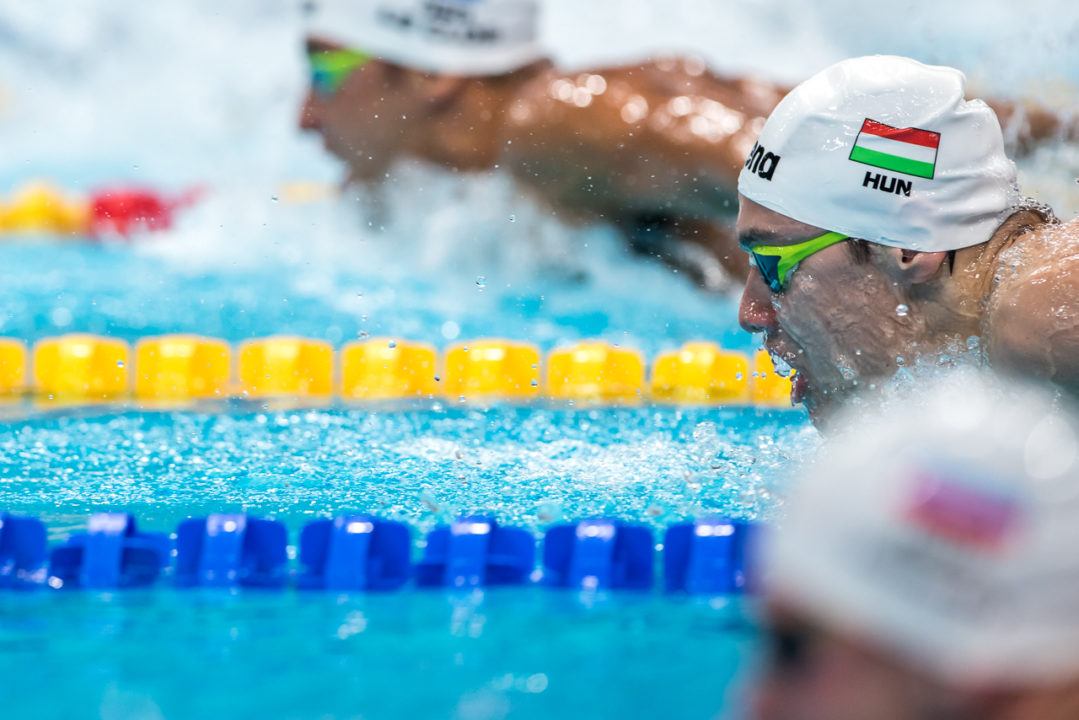 All in all, athletes broke 21 World Junior Records and 45 Championship records at the 6th FINA World Junior Swimming Championships in Indianapolis. Archive photo via Peter Sukenik/www.petersukenik.com

The 6th FINA World Junior Swimming Championships in Indianapolis have come to an end. Now that the waves have settled, we look back at just how fast this meet was. All in all, athletes broke 21 World Junior Records and 45 Championship records over the six-day meet. Canada’s relays swam lights out, earning WJRs in three women’s and one mixed relay. Hungary broke the WJR in the men’s 4x200m free relay, and the United States claimed the WJR by 15/100 over the Russian Federation in the men’s 4x100m medley.

A number of athletes broke FINA-defined* World Junior Records, and some of them did so more than once. Michael Andrew of USA etched his name in the World Junior Record book six times in three events (50m free, 50m back, 50m fly). Kristof Milak of HUN was credited with WJRs in the 100m fly and 200m fly (although he was just off the times he swam at World Championship in the former, and at European Juniors in the latter, earlier this summer). In the final of the women’s 100m back, Regan Smith of USA broke the WJR in the 100m back that had been set by CAN’s Taylor Ruck in semifinals. Smith then tied her own record leading of the women’s 4x100m medley. Ivan Girev of RUS took down the WJR in the 200 free, both ITA’s Nicolò Martinenghi (100m breast) and JPN’s Rikako Ikee (50m fly) lowered records they already owned. Johannes Hintze of GER was credited with the 200m IM record, but in fact CHN’s Qin Haiyang went 2 seconds faster earlier this year.

Below are all the FINA-defined* WJRs and all the Championship Records from the meet. You can sort them to view by country, by athlete, by date, etc.

*in some cases, FINA hasn’t yet ratified the pending WJRs that are in fact faster

It was an amazing 6 days. Thanks to all who supported this event.

Regan Smith went 58.95 leading off the mixed medley relay – does that not count at the WJR? It’s not shown in the spreadsheet.

It counts as a NAG record but FINA don’t recognise leadoff times from mixed relays as records.

It’s amazing that Ikee won the same medals in the Indy juniors as Sjostrom did in Budapest. Would be a real contender in 2020 especially on home soil. In fact a lot of exciting new names thrown up in this tournament.