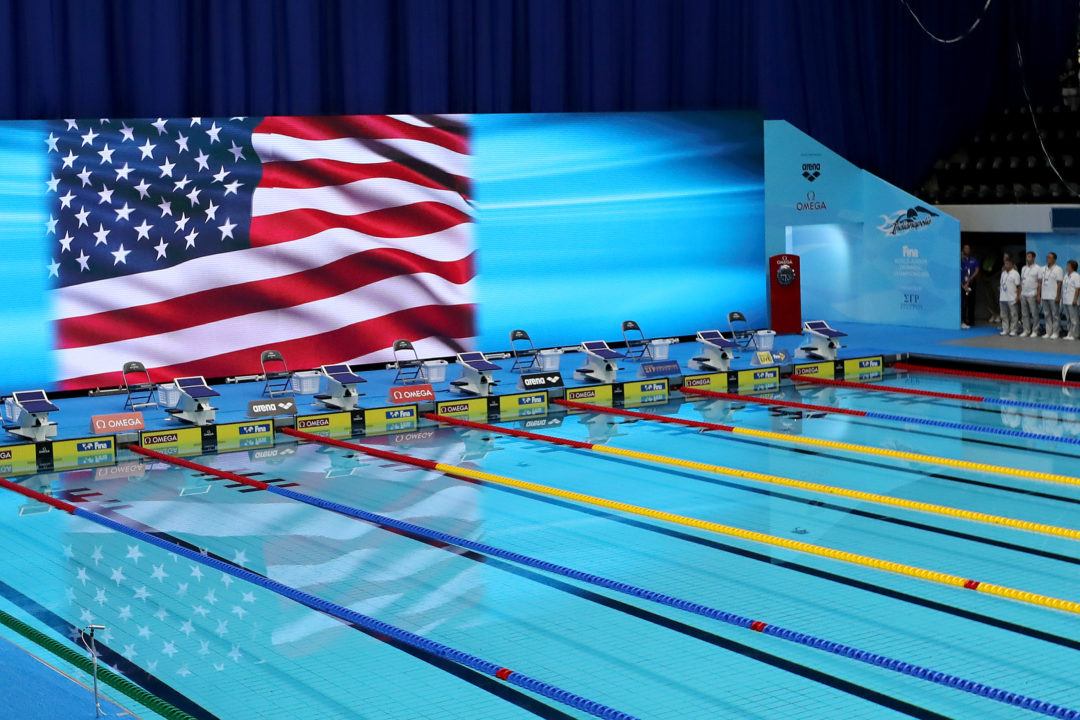 It’s hard not to catch the excitement American Andrew Abruzzo exudes while talking about his recent golden experience at the 2017 World Junior Championships in Indianapolis. The Pennsylvania native swept the men’s distance events, topping the podium in the 400m freestyle in 3;49.19, 800m freestyle in 7:54.58 and 1500m freestyle in 15:06.48.

Heading into the meet, Abruzzo says he told himself he’d ‘just be happy with best times, no matter where he placed,’ but then he caught the gold medal fever after the 400m victory and never looked back.

Describing swimming at the storied IUPUI Nat as ‘a dream’, Abruzzo says he tried to just take one swim at a time throughout the meet, enjoying the week’s journey. ‘Having fun’ was high on the teen’s list and his enthusiasm within the interview, provided by FINA, confirms Abruzzo was able to do just that, while collecting some hardware along the way.

Georgia on his mind

I hope he will find the right college coaching to help him keeping improving the next few years (and not burn him out).

The USA needs some good distance freestylers to make up for the loss for Conor Jaeger, who carried the banner for a lot of seasons.

Send Him to Paltrinieri Coach or Horton/Yang Coach so..

agreed . Such a great guy with a powerful breakthrough championships