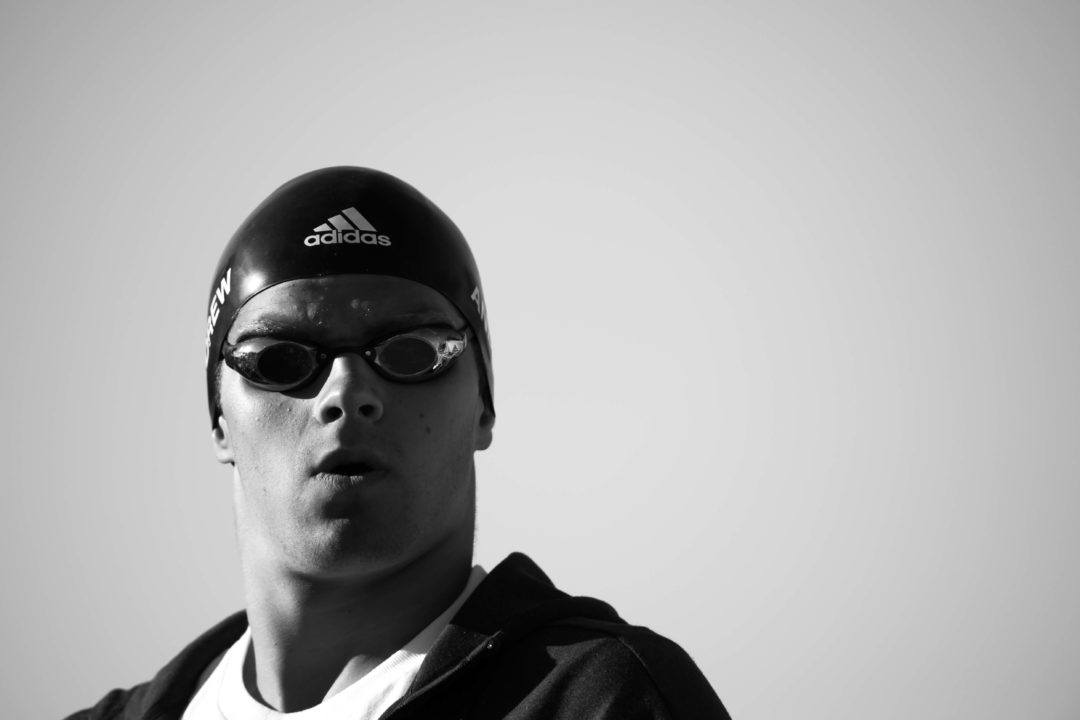 The United States won the FINA Team Trophy at the 2017 World Junior Swimming Championships, with the stars n’ stripes earning a monster 1031 points overall. That set the U.S. apart from its next-closest competitor, Russia, by 404 points. Breakout stars such as backstroking phenom Regan Smith and FINA’s Male Swimmer of the Meet, Michael Andrew, helped the U.S. on its way to a haul of 32 total medals, with 12 of them gold.

Hear from the talented young squad in the video below, courtesy of USA Swimming. Daniel Roy, Carson Foster, Andrew Abruzzo and others speak to how Team USA is about more than just ‘swimming for yourself’ and how the team fed off each other’s performances throughout the week.

Ok. Andrew Abruzzo is a beast. Not your stereo typical intense competitor on the outside but OMG he won three gold medals at this extremely competitive junior worlds competition just wow.

Doesn’t really look like a beast to me – and yes a very very good swimmer. grinding the happy look in the clip.

Really nice video compilation!! My jaw nearly dropped (but i guess it shouldn’t have) when MA said he has never swam 1,000 meters before. I find it shocking that a usa coach has not advised him to do longer warm-downs before. Of course, they may have advised him and his dad wouldn’t allow it.

Warmdown is not “race-specific.” No weights, paddles, warmdown. It all makes perfect sense in USRPT. Until you tie up to a 2:07 200 IM final.

I was present for almost every race of the meet and on the male side Andrew Abruzzo is who Iwas most impressed with. Don’t get me wrong there were several amazing swims but he’s at the top of the list in my book.

Not sure what your emoji means either… Abruzzo is an incredible talent.

He is cute and energetic ?

I like Andrew Abruzzo’s enthusiasm. He had a great meet, which could be a stepping stone to the WC and Olympic teams.

Regan Smith even sounds like Missy Franklin from 2012 interviews. Both such well spoken and likable gals.

Hopefully Regan’s back holds up…

May I ask why my comment wasn’t allowed on SwimSwam?

Danjohnrob – there are any number of reasons that can kick a specific comment to moderation. If I were to spend time investigating why each specific comment was sent there (some of the reasons we can control, some we can’t), it would take up most of my day. Rest assured, though, that with patience, all comments that are in line with our commenting guidelines will eventually appear.

Braden, Thanks for your reply, but I certainly didn’t expect a response from YOU! I’m sorry to bother you when I know you have much more important things to concentrate on, and I hope you and the rest of the SwimSwam staff who live in TX are doing OK. I was just annoyed because I didn’t feel there was anything wrong with my comment and I was under the impression that participating in the comment section here is encouraged and actually supports the site in terms of advertisements. Frankly, I see a LOT of negativity thrown around here, even negativity aimed at very young athletes, which has inhibited me from participating a great deal in the past, so I’m glad… Read more »

In my experience there are a handful of trigger words that will cause a comment to be moderated. I can’t give you an exhaustive list but as long as you use terminology that is not directly inflammatory you should be okay.

USRPT is a trigger word in my experience. So is MA.

Apparently so, Donald. Masterful grasp of the obvious there

use of our current presidents name will get u moderated. haha. I dont see that much negativity on here but some of the college comments on here get a little salty sometimes. Actually the most negative comments are on the para-swimming where everyone accuses everyone else of cheating. Dont ask me how I know that.

How do you know that?

But in all seriousness I have no idea what they are I just posted what I consider to be a completely innocuous comment on a different story and it’s awaiting moderation. Could not for the life of me tell you why.

Here’s the commenting policies. They’re not overly specific, but should give you guidelines.

As was pointed out, sometimes comments are caught accidentally as “ham.” It’s sort of a risk that comes with using programs to help aide in the control process. It just alerts us to comments that may be a risk.

As I said, in most cases these are just alerts, and so long as they’re during daytime hours, we’ll review and get them up quickly.

Thanks, Braden. I agree that policy is general and hopefully obvious to the people writing here. I wanted to know more about the things that bump a comment to moderation, but I guess that’s not possible. I hope that you were not too severely affected by Hurricane Harvey!

Thanks! I really enjoyed that video. How could anybody NOT want their kids to be swimmers when they see such healthy, positive, mentally and physically strong athletes like these young people representing the USA? I guess I’m biased…

As a side note, Michael Andrew learned the importance of swimming down after his races at this meet? Yikes! I’m a little annoyed that no coach has taken Mr. Andrew and Michael aside and stressed this somewhere along the way, but you’d think he would have picked that up by himself from watching everybody else.

He is still learning the sprinter lifestyle. Once he embraces it he will be unbeatable.