34 Named to US Paralympic Team for London 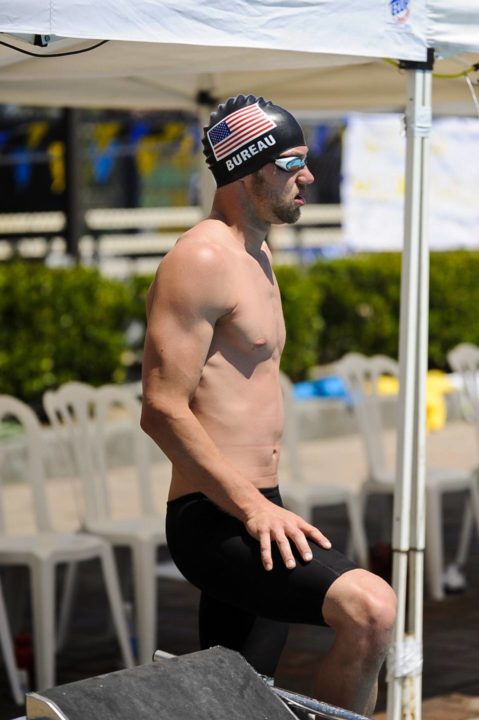 Cody Bureau will look to improve on his bronze medal from the 2008 Games in the 200 IM, after making his third team (Photo Courtesy: Melissa Lundie)

Full coverage of the US Paralympic Trials can be found here.

The United States Olympic Committee has released the roster for the 2012 Paralympic Team that will travel to London at the end of August to compete at the Paralympic Games. The team of 34 includes 19 returning Paralympics from the 2008 team, that won 44 medals in Beijing.

The success of the US Resident Team, that live and train in Colorado Springs under Dave Denniston, is also clear – 9 of the 11 members of that team will be headed to London.

Many of the great stories of the Trials are on this list. That includes the World-Record queen Jessica Long, who broke 5 makrs in the meet; and the new star Victoria Arlen who broke a pair in her first trials. Mallory Weggemann, who’s almost synonymous with the Paralympic Swim Team, will also be on the team.Also making the trip will be Lt. Brad Snyder, who lost his sight in a bomb attack while serving in Aghanistan in September.

There are several multi-sport athletes on the team as well. The veteran Curtis Lovejoy is also a World Championship fencer. Noga Nir-Kistler was born in Israel, but is now an American citizen. In 2008, she was on the US Paralympic Team for table tennis, and she’s now made the 2012 team for swimming.

The Americans aren’t historically as dominant in Paralympic swimming as they are in Olympic swimming, but this year’s team seems to be much better than the one sent in 2008. There are some big names who were left off of the list – including Reilly Boyt, the first alternate on the women’s side.

For a full rundown of the qualification system, check it out here.

Athletes labeled with asterisks (*) have been on previous Paralympic Teams.

Congrats Cody! We are all cheering for you!

Congrats to all, but especially the brand new young guns — go Brickelle Bro!!!

Congrats to them. They are all fantastic athletes.

Congrats Bruder on your 6th Paralympics! I am so proud to have watched you from the beginning in 1992! I hope you revel in your success and Curtis you were so fun in 1996.