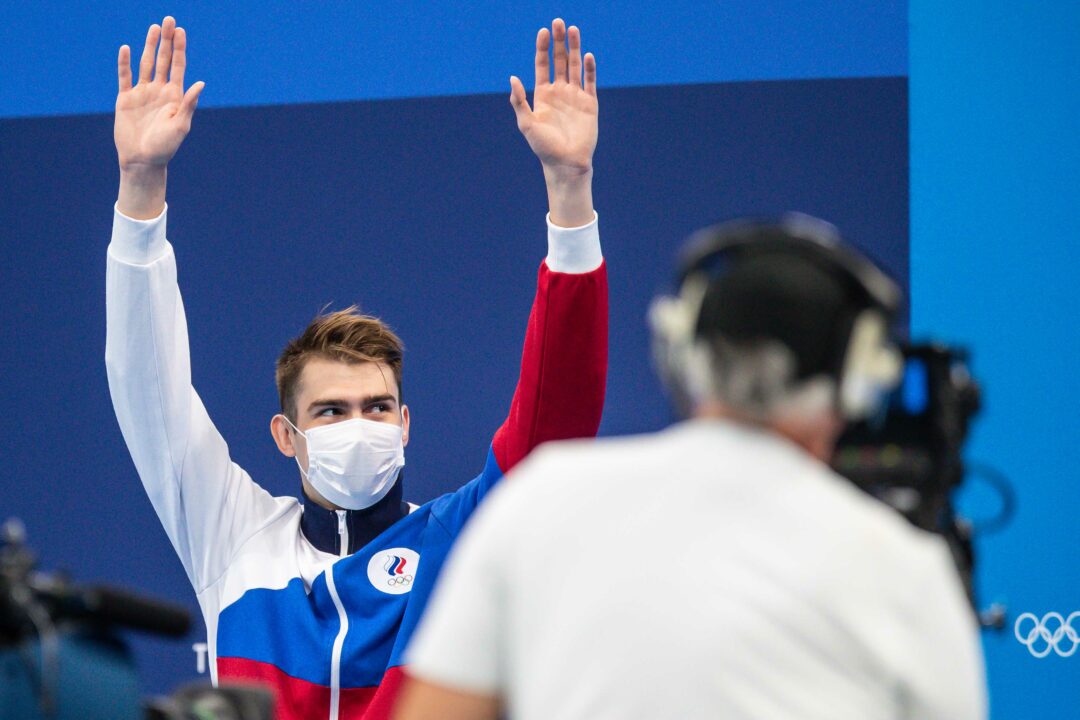 Kolesnikov keeps getting faster in the short course 50 backstroke and now sits just a quarter of a second off the world record. Archive photo via Jack Spitser/Spitser Photography

Kliment Kolesnikov has once again inched his way closer to the elusive 50 backstroke world record held by Florent Manaudou at a 22.22 by swimming a 22.47 Russian record to win gold at the 2021 European Short Course Swimming Championships.

Kolesnikov’s swim in the final of day 2 of the meet was a full 0.10 seconds quicker than his semi-finals performance the day before of 22.57. That first swim marked both a new Championship record, improving upon the 22.64 he swam in 2019, as well as a new Russian record which was formerly held by Evgeny Rylov at a 22.58.

With this finals swim, he has brought both of those marks down once again.

In addition to those two records by Kolesnikov, he also improved his standing in the all-time rankings for the event. He went from #4 to #2 with his 22.47, surpassing Brazil’s Guilherme Guido and Ryan Murphy of the USA. He now sits just 0.25 seconds away from Florent Manaudou‘s world record of 22.22, which has remained untouched since 2014.

While Kolesnikov’s swim was the second-fastest swim in history, it wasn’t the only impressive performance in the heat. Italian breakout star Michele Lamberti threw down a 22.65 to take silver in the event which is his 3rd Italian record in as many swims. During the heats, he became the first Italian to ever swim under 23 seconds in the event, improving upon Simone Sabbioni‘s 23.05 with a 22.91. In the semi-final, he got even faster with a 22.79 Italian record and has now gotten down to a 22.65.

After the race, Lamberti commented on his performance, saying the following;

“I’m very satisfied. Before the race I couldn’t believe I could swim this fast. I mean, up until recently Kolesnikov was almost out of reach, I still have a lot to work on and correct many things. I’m continuing my family traditions as an athlete and as a swimmer. My parents are very happy for my successes but never felt any pressure. I train and swim because I truly like it.”

Bronze medalist in the event Robert Glinta made it 3-for-3 national record breakers by swimming a 22.74 which marked his first time under 23. His former personal best in the event was a 23.03 from last year, which was also the Romanian record in the event. On his swim, Glinta said:

“Of course, I’m really happy. I shaved only for the finals so I knew I had a lot more in me than in the semis. This is a new personal best for me and a new national record. It is more than I could have asked for. Overall, I’m extremely happy with this.”