2022 US National Championships: Swims You Might Have Missed on Day 1 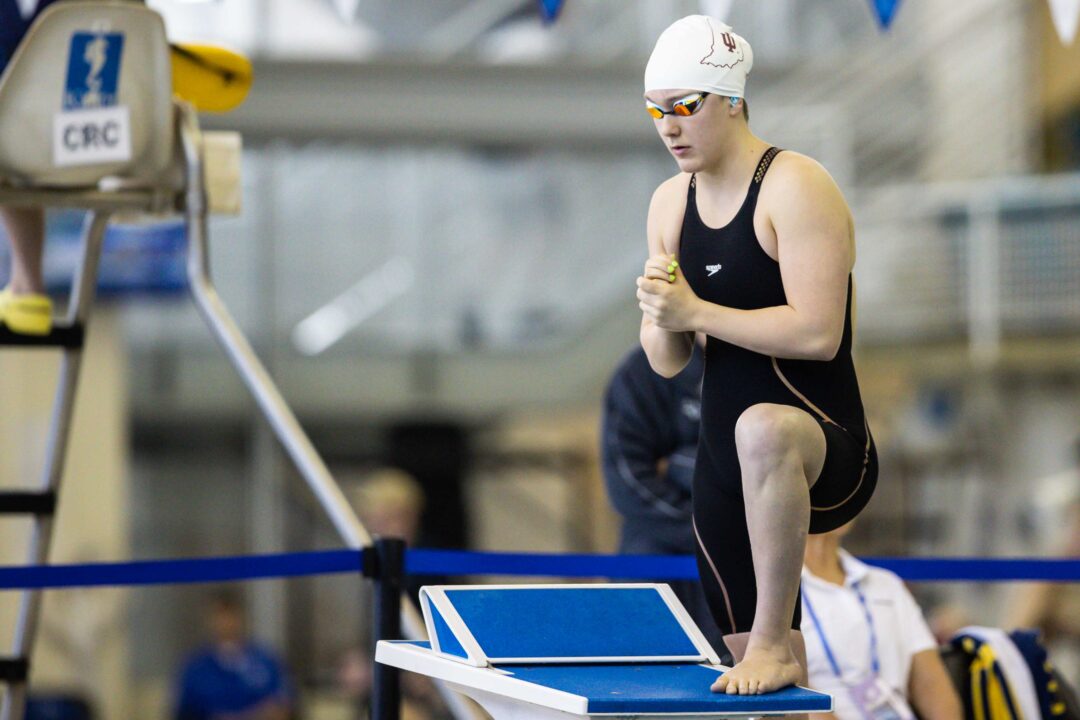 Mariah Denigan placed 2nd in the women's 800 freestyle out of the morning heats, a performance many viewers might have misssed. Archive photo via Jack Spitser/Spitser Photography

Mariah Denigan Wins 800 Freestyle Silver Out of the Morning Heats

This was a swim that went unnoticed even by the SwimSwam staff until the podium ceremony was held for the women’s 800 freestyle. Swimming in heat 3, lane 3 in the final heat of the morning session, Denigan posted a time of 8:31.12. Though it was slightly off of her best time of 8:28.15, her time stood as the top time of the morning. When the dust settled on the final heat of the event during the finals session, Denigan’s time stood as the second-fastest swim of the day, only behind Olympic Champion Katie Ledecky.

Traditionally an open water swimmer, Denigan represented the US at the 2022 World Championships in the 10k open water event, ultimately finishing 15th. She was also the 2019 Pan American Games silver medalist in the 800 freestyle.

After a strong showing in the prelims session that saw her post a best time of 55.20 in the 100 freestyle, Ohio State’s Amy Fulmer followed-up with a big win in the B-Final of the event. Taking on a field that included names such as Catie Deloof and Beata Nelson, Fulmer surged to the wall in a time of 54.57. With her swim, Fulmer knocked almost another second off of her personal best, posting a time that would’ve placed 5th in the A-Final.

After only qualifying for Wave I of the US Olympic Trials meet last year, Fulmer has quickly risen to become a national level threat. Watch for her as she enters the NCAA season with Ohio State.

Cal swimmer Destin Lasco has traditionally been known for his backstroke prowess. The 2022 NCAA Champion in the 200 backstroke had a strong showing in the men’s 100 freestyle prelims to qualify for the A-final of the event at 7th overall with a time of 49.06.

In finals, Lasco blew past his time from the prelims session, dropping a massive 48.75 to place 4th in a race that saw a tie for 1st place. With his performance, Lasco also set a new best time in the event, cutting a tenth off of his old best of 48.88 from US Trials in April. Already an international threat in the backstroke events, Lasco may be evolving into someone who could potentially contribute to the USA’s 4×100 freestyle relay in the future.

Like the aforementioned Denigan, 19-year-old Daniel Matheson from Scottsdale Aquatics Club threw down a fast time in the morning heats of the men’s 1500 freestyle. Matheson finished in a time of 15:19.99, knocking over 10 seconds off of his seed time of 15:30.09. His time ultimately held up to place 4th after the final heat, narrowly missing the podium by just a few tenths of a second. Nonetheless, the swim was huge for Matheson, who just announced his transfer to Arizona State after spending his freshman year at USC.

Out of the C and D finals of the women’s 200 butterfly, Jade Foelske and Caroline Bricker both posted best times to win their heats.

Foelski, representing Sun Devil Aquatics, swam a time of 2:11.81 in the C-Final, going under her best time of 2:12.41. This was a significant swim for Foelski as her previous best came from way back in 2019, marking her first improvement in 3 years. That makes Foelski the second-fastest German woman so far in 2022.

Bricker won the D-Final, reserved for American 18 and under swimmers, in a time of 2:13.76. With her performance, the Stanford class of 2027 commit dropped about a second off of her best time of 2:14.35 from last summer.

University of Virginia commit Zoe Skirboll swam under 56 seconds for the first time in the 100 freestyle, winning the D-Final of the event in a time of 55.98. Skirboll’s previous best stood at a 56.12 that she swam at Wave I Olympic Trials last summer.

Age-grouper Rex Maurer swam a personal best of 50.95 during the prelims of the men’s 100 freestyle, knocking about a tenth off of his best time of 51.10. With his time, Maurer qualified for the 18 and under D-Final. Taking advantage of the opportunity to swim again, Maurer once again lowered his best time down to 50.46, another half second improvement. Though he finished 2nd to Quintin McMarthy, Maurer was one of the youngest swimmers in the field and he repeatedly threw down strong swims.

This remains my favorite concept you guys do for these meets.