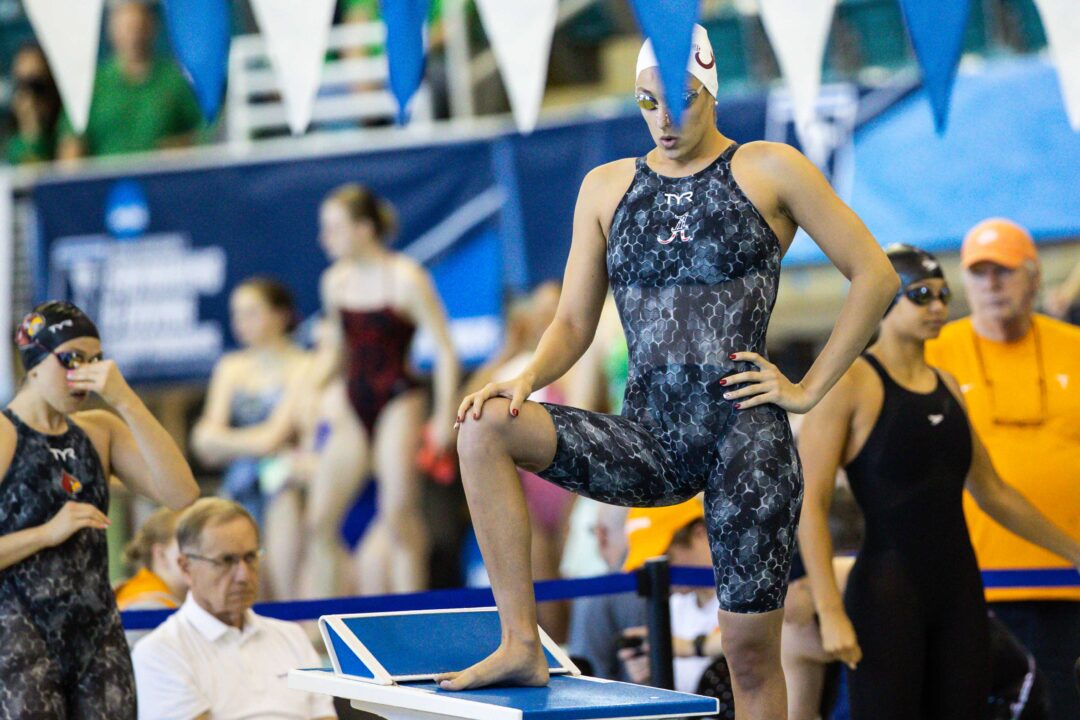 Greece got on the board first to open day 3 of these 2022 Mediterranean Games. Dimitrios Markos fired off a time of 3:48.72 to take the men’s 400m free, getting to the wall over half a second ahead of runner-up Joris Bouchaut of France.

In a tight women’s 50m backstroke race, it was Serbia’s Nina Stanisavljevic who wound up on top, producing a time of 28.59 for the win. The time falls just .05 outside of her PB of 28.54 from 2021 at the European Junior Championships where she ultimately finished with the silver in 28.58.

Yesterday’s 100m fly winner Anna Ntountounaki wrapped up silver in 28.68 while Rafaela Gomes Amado was tonight’s bronze medalist with a mark of 28.86.

The men’s 50m back was also a hard-fought battle to the wall, with Italy grabbing the gold and bronze medal positions when all was said and done.

Simone Stefanth was first to the wall in 25.00, just a hair ahead of Spanish swimmer Juan Segura Gutierrez who settled for silver in 25.09.

For bronze, it was Lorenzo Mora in 25.17, a new personal best by .02, to give Italy its 2nd piece of hardware in the race. The nation was also a two-medal winner 4 years ago, with Simone Sabbioni taking gold for Italy while Niccolo Bonacchi was the silver medalist.

Crushing a winning effort of 54.36, Antoniou sliced just under half a second off of her previous PB and Cypriot standard of 54.85 logged at the 2021 Pro Swim Series.

Tonight, Antoniou opened in 26.66 and close in 27.70 to keep two Slovenians at bay. Janja Segel, the woman who took the 200m free crown last night, hit 54.48 for silver while Neza Klancar also got on the podium in 55.31 for bronze, the same result she achieve at the 2018 edition of these Games.

We saw a thrilling tie in this men’s 200m IM, with Jaouad Syoud of Algeria and Andreas Vazaios of Greece both touched in a time of 1:58.83.

Vazaios, formerly of Indiana and now at Loughborough, was ahead at the halfway mark, but Syoud turned it on in the breaststroke to even the score down the stretch.

For Syoud, his time here is within striking distance of the 1:58.12 national record he set in April of this year. As for Vazaios, he repeats as the gold medalist, as the Greek won this event in Tarragona, Spain with a time there of 1:59.40.

Logging a solid swim of 15:10.11, Joris Bouchaut of France took the men’s 1500m free gold in a comfortable 1+ second lead over runner-up Dimitrios Markos of Greece.

Bouchaut, who will be competing at the European Junior Championships later this week, owns a lifetime best of 15:05.67 in this event, a time he put up 5 years ago.

Markos’ effort here checks in as a new personal best, overtaking the 15:19.73 he produced last year, while Kilavuz has been as quick as 15:02.22 from when he became the 2021 European Junior champion in this 1500m free event.

Slovenia’s foursome of Janja Segel, Neza Klancar, Katja Fain, and Tjasa Pintar roared to the wall in a collective time of 7:59.27 to beat out reigning champions of Italy in this women’s 800m free relay.

This is a big-time improvement for the nation that finished in 4th and off the podium in 2018.

Italy nabbed the 400m free relay gold for the men, with the squad of Luca Serio, Alessandro Bori, Giovanni Carraro and Filippo Megli getting it done in 3:15.77.

While I don’t think she has formally announced anything, Alabama seems to have the 22/23 roster on their website already, and she’s on it. There’s also an interesting name on the men’s side I wouldn’t have expected

Woah that was definitely not what I expected – SS have a look!