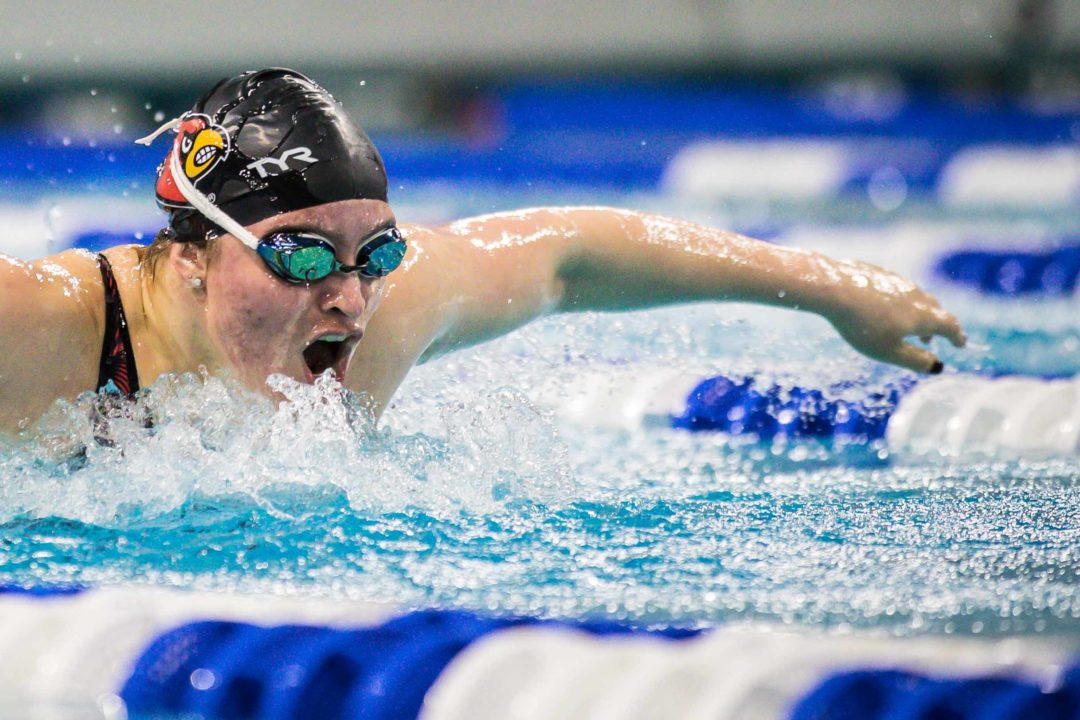 Louisville had a total of 8 fifth years on their men's and women's rosters this past season but will only have 2 for next season. Current photo via Jack Spitser/Spitser Photography

Athletes were allowed an extra year of eligibility due to COVID-19 during the 2020-2021 season. Many athletes took this extra year this past season, but the number is expected to fall over the next few years, although so far this year that has not seemed to have happened. Louisville is one of the team’s so far that will have a big loss in fifth years from last season to this season.

The biggest difference between this season’s fifth years and future seasons is the scholarship cap. Men’s swimming is allowed 9.9 and women’s swimming is allowed 14 total scholarships per team. This season, 5th year seniors didn’t count toward that cap unless they transferred. In future seasons, 5th year seniors will count against the cap, until the waiver expires. This means that both swimmers’ scholarships next season will count towards the cap for each team.

Michael Eastman will be unstoppable this season..!