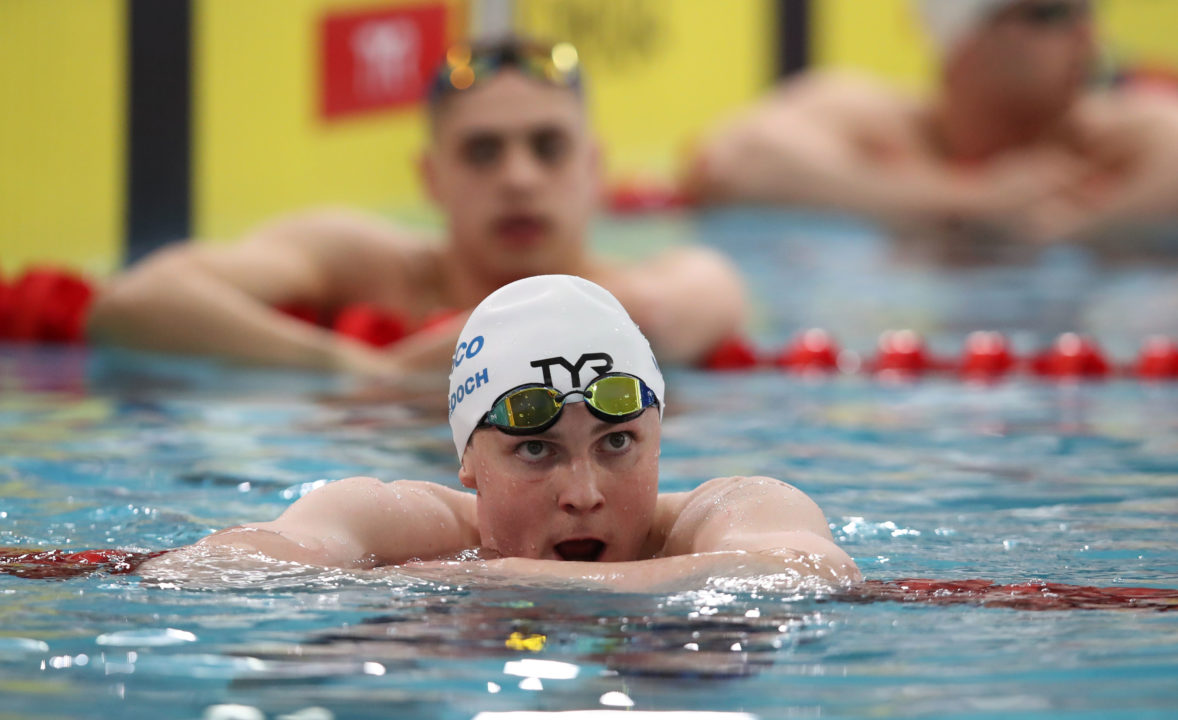 The 2022 Scottish National Championships wrapped up from Aberdeen tonight, with the likes of Ross Murdoch among the winners. Archive photo via Ian MacNicol for Scottish Swimming

The 2022 Scottish National Championships wrapped up from Aberdeen tonight, with the likes of Stephen Milne, Ross Murdoch and Katie Shanahan among the winners.

For 28-year-old Milne, the University of Stirling swimmer wound up on top of the men’s 400m free, notching a winning time of 3:59.43. The women’s edition of the same race was won by 20-year-old Michaella Glenister, also of Stirling, with the athlete punching a mark of 4:18.98 to grab gold.

On the men’s 50m breaststroke front, a tie to the wall between Murdoch and Craig Benson brought the sprint to a close. Both touched in 27.87 to share the top of the podium, while Kara Hanlon‘s win on the women’s side in 31.09 completed her sweep of the discipline.

Also making the grade was Alys Thomas in the women’s 100m fly, with the 30-year-old Commonwealth Games 200 fly champion notching 59.05.