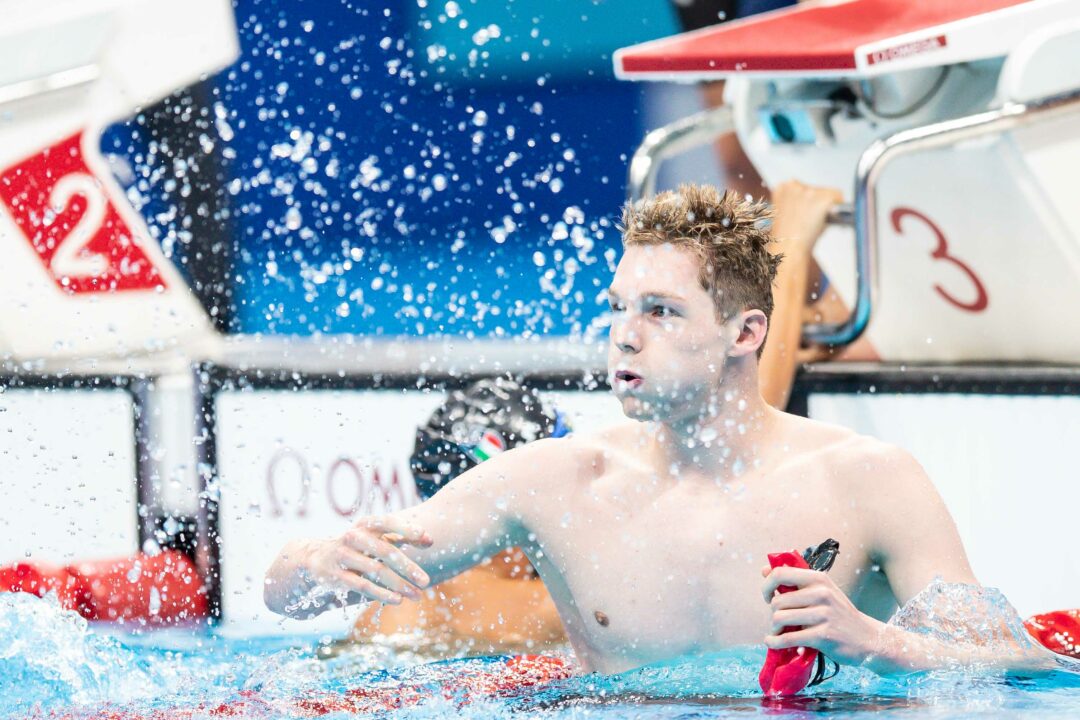 On the mend, Duncan Scott was back in the water for day two of the 2022 Scottish Open National Championships, with the 25-year-old taking on the 400m IM event.

The fact Scott took on the event is also a good sign that he is getting strong enough post-COVID to get back to form for the upcoming Commonwealth Games.

Making some noise in the women’s 50m fly tonight was Harriet Jones of the City of Cardiff. Jones hit the only time of the field under 27 seconds, collecting gold in a mark of 26.61.

Jones owns a personal best of 26.34 from last year, a time which renders her Great Britain’s 7th fastest performer all-time in the event. As such, her time tonight was within .27 of that PB.

Kara Hanlon doubled up in the breaststroke events for the women, following up her 200m victory last night with a solid 1:07.88 tonight. That effort is within striking distance of her personal best of 1:07.52 from April of this year.