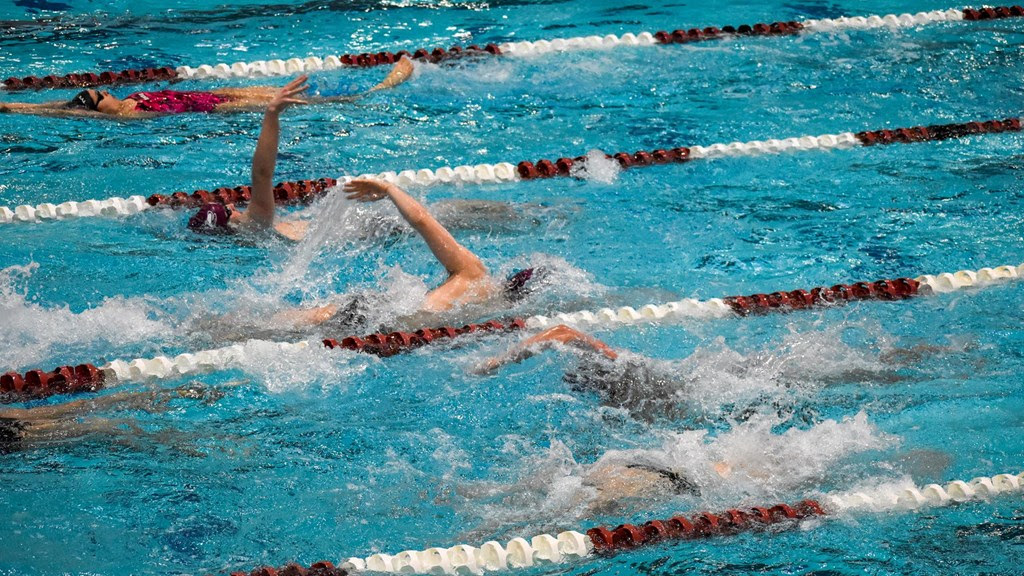 Rodrigues swam a 2:13.99 in the 200 backstroke to nearly out-swim Stanford commit Natalie Mannion who won the event in a 2:13.89. Stock photo via SIU Athletics

Collegiate and age group swimmers took to the cool in Piscataway, NJ over the weekend for the 2022 Jeffrey Mace Memorial Summer Sizzle.

Natalie Mannion and Sarah Rodrigues had a head-to-head battle in the women’s 200 backstroke at the meet with the 18-year old Mannion coming out on top with a 2:13.89. While that wasn’t close to a best time for the Stanford commit Mannion, just a tenth behind her was 15-year-old Sarah Rodrigues, who had a breakthrough meet for the North Jersey Bluestreaks YMCA.

14-year-old Annam Olasewere was also impressive at this meet, delivering a 56.97 in the 100 freestyle to win the event against several swimmers ranging from 15-18. Olasewere dropped nearly half a second from prelims to finals to get under 57 seconds for the first time in this event. Prior to this meet she held a PB of 57.92 from May 2022.

Olasewere of Chelsea Piers Aquatic Club had a big breakthrough in this event in 2021 when she got under a minute for the first time, swimming a 58.79 at the Eastern Senior Zone Championships. Since then she has progressed steadily, ultimately reaching the 56.97 she used to win the event here. Kennedi Dobson swam a 57.62 for the silver medal in the 100 freestyle and Catherine Meisner was third overall with a 57.69.

Billy Swartwout came out on top in the 200 backstroke with a swim of 2:03.78 to win the event by several seconds. Brett Feyerick was second with a 2:08.08 and Parker Lenoce rounded out the top 3 in a 2:10.98. Swartwout, who swims collegiately at Princeton was just off his best time of 2:02.17 from the Indianapolis Pro Swim in May 2021.

In terms of juniors, David Sapozhnikov had a strong 100 butterfly at the meet when he swam a 59.13. He got under a minute first in the prelims with a 59.63 before nearly cracking 59 during finals.