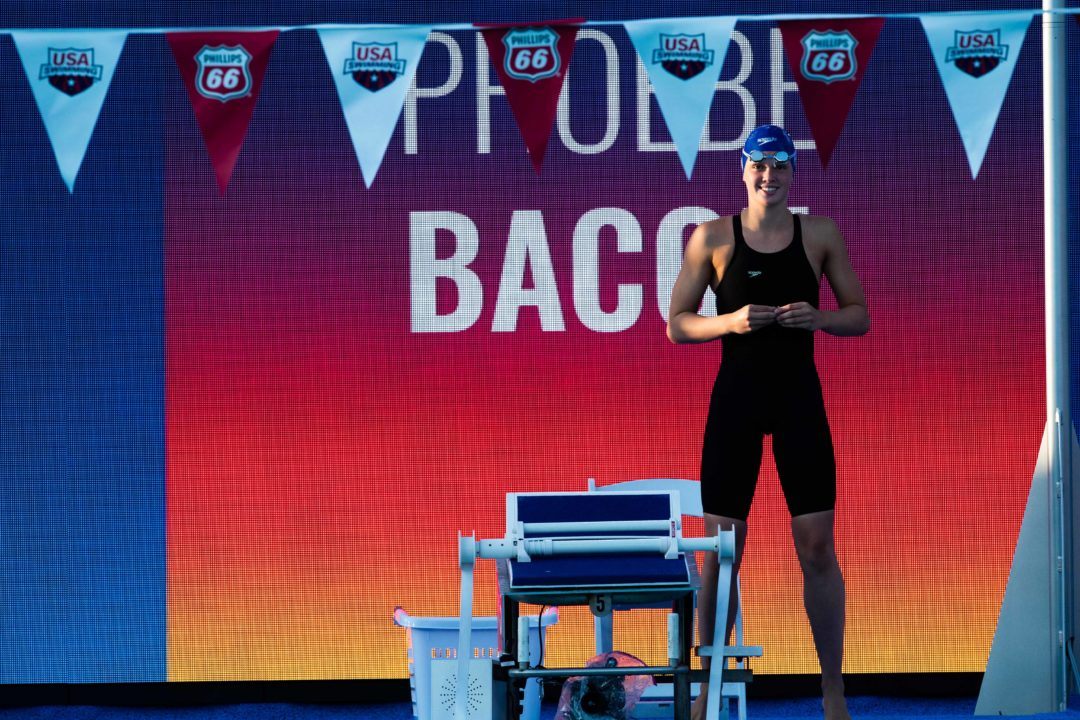 NCAP's Phoebe Bacon holds the top seed in the 50 back on the final night of the 2019 NCSA Spring Juniors. Current photo via Mike Lewis/Ola Vista Photography

We are down to the final session of the 2019 NSCA Spring Juniors. There’s at least one big name mission tonight, as Anthony Grimm was listed as a declared false start for all of his morning swims after setting a new NAG record in the 100 back last night.

But there’s still plenty of firepower remaining this evening. We’ll start with the 50 backs, where Phoebe Bacon and Jack Dolan were the top seeds from this morning. Next will be the fastest heat of the girls 1650, where Paige McKenna will be going for her third win of the meet. Grace Sheble and Shane Blinkman put up the fastest times of the morning in the 200 IM, and Grace Cooper and Topher Stensby will be in lane four of the 50 free A-finals. Finally, we’ll have the fastest heat of the boys 1650, where Brendan Driscoll is the top seed, and the fastest two heats each of the boys and girls 400 medley relays.