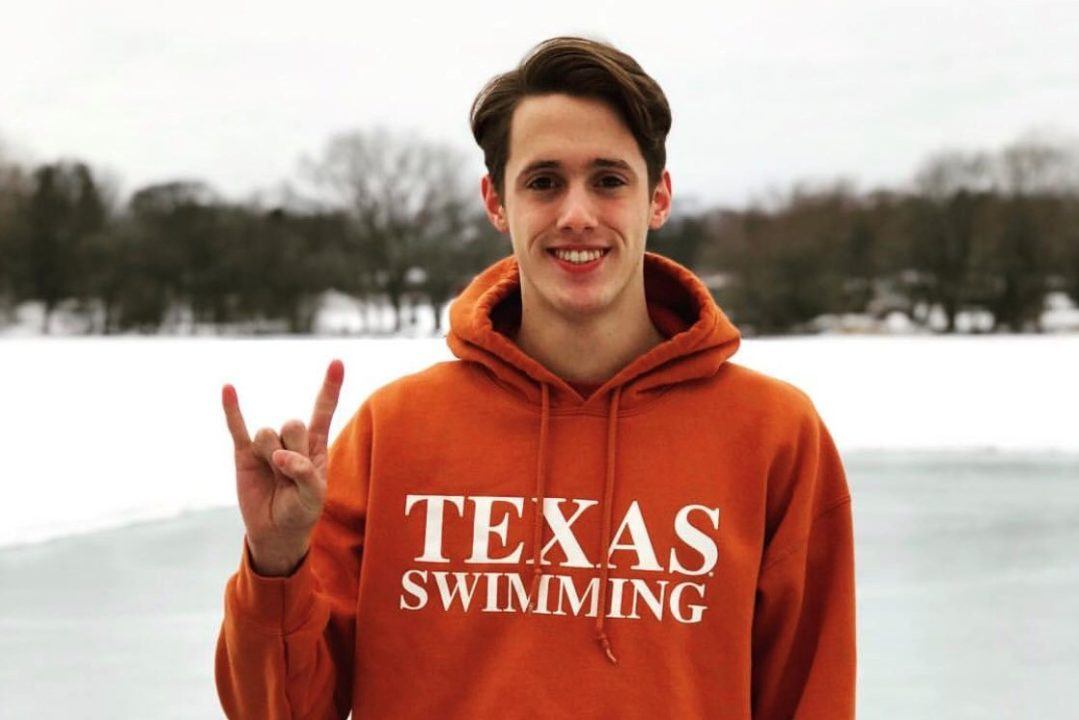 Edina's Peter Larson is the top qualifier in the men's 100 free after posting a time of 44.44 in the heats. Archive photo via Twitter/Edina Swim Club

Mason Makos’s Anthony Grimm will look to add two more junior national titles to his three already in the 100 back and 100 fly, where he’s the top seed in both heading into finals. Backstroke studs Isabelle Stadden of Aqua Jets and Phoebe Bacon of NCAP will face-off again in the 100; Stadden won the 200 back on the first night, but Bacon is seeded first in the 100 after prelims.

16 year old breaststroke phenom Joshua Matheny sits atop the 200 breast heat sheet at 1:56.86. He’ll look to claim his first event title after settling for second in the 100 breast to Grimm last session.

Night one’s 1000 free champ Paige McKenna from NCAP comes into the fourth night as the top seed in the 500 free with her 4:46.60 from prelims. She’ll be challenged by teammate Grace Sheble, the 400 IM champ, and Lexington’s Rachel Klinker, who placed third in the 200 free last night.

Abigail Harter, also out of NCAP, notched a Summer Nationals cut in the prelims of the 100 fly, stopping the clock at 52.69. As the only swimmer under 53 seconds this morning, she’ll look to claim her first junior national crown in the absence of Torri Huske, who was DQ’d in the preliminary session.

After finishing first place in the preliminary heats of the 100 free with a time of 44.44, Edina’s Peter Larson, a Texas commit, scratched out of the finals of the 100 back. He was seeded #12 going into finals with his preliminary time of 49.36. Larson will have to fend off #3 seed Luke Maurer of Wildcat Aquatics, who won the 500 free on night two; as well as the Rockwood Swim Club’s Jack Dolan, the #4 seed, who won the 200 free last night.